Even when the data may be as close as possible to giving a true picture of the coronavirus problem, some governments may be opting to distort it. 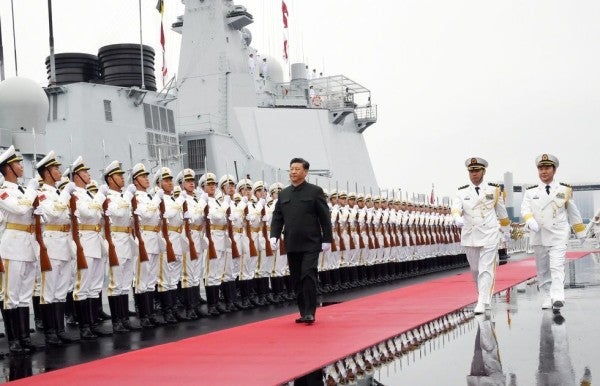 The figures are frightening.

Across the globe, the number of reported confirmed cases of the coronavirus is always higher than the day before, topping 1 million as of April 2.

But what if the true numbers are actually even higher?

Experts say data — and how it is reported, or not reported — can give us an incomplete portrait of the problem.

Testing, or lack thereof, is one of the main reasons the true scale of the pandemic is unknown. And that may not be the fault of governments. Many of those infected show no symptoms and thus are not candidates for testing.

But there may be other problems with the data — namely, that some governments may be distorting figures to understate the scale of the problem in their respective countries.

U.S. media reported on April 1 that U.S. officials believe China has concealed the extent of the coronavirus outbreak in its country, with officials calling China's numbers “fake.”

Like China, Iran has been hard hit by the coronavirus pandemic. And like Beijing, Tehran is also suspected of tampering with its numbers to distort the situation there.

Questions have also been raised by Russia's relatively low numbers as well.

While some governments minimize the problem at home, they may be behind efforts to maximize the scale of the pandemic elsewhere.

An EU watchdog tracking fake news said on April 1 that pro-Kremlin sources on social media were promoting a narrative that the European Union is failing to deal with the pandemic and is on the verge of collapse.

The more testing, the more likely countries will be able to curb the pandemic, according to the World Health Organization.

Data from the United States shows the number of confirmed coronavirus cases rising sharply as testing has improved.

But does that mean infections are rising? Not necessarily. Experts say more testing could explain, at least in part, the higher number.

As The Atlantic magazine put it in an article published on March 26:

While the United States has ramped up testing, India has taken a different tack.

As Al-Jazeera reported on March 18, Indian officials have said the WHO guidance on more testing didn't apply in India because the spread of the virus was less severe there than elsewhere.

As of April 3, India — a country of nearly 1.4 billion people — had just over 2,500 reported confirmed coronavirus cases and 72 deaths, according to the Johns Hopkins Coronavirus Resource Center.

But even if governments have the means and are eager to test, it may not always be clear whom should be tested.

That's because not everyone reacts the same way to the coronavirus.

Jarmila Razova, the Czech Republic's head hygienist, told Czech media on April 2 that up to 40 percent of people infected with the coronavirus may show no symptoms at all.

These so-called silent spreaders are feared to be fueling the coronavirus pandemic.

“Stealth transmission” is not only real but a “major driver” of the epidemic, said Columbia University infectious diseases researcher Jeffrey Shaman, who led a study published on March 16 in the journal Science. Its contribution to the virus's spread “is substantially undetected, and it's flying below the radar.”

But even when the data may be as close as possible to giving a true picture of the coronavirus problem, some governments may be opting to distort it.

China, where the outbreak began in late December, has reported only about 82,000 cases and 3,300 deaths as of April 3, according to data compiled by Johns Hopkins University.

Doubts that the Chinese numbers are accurate have been fueled in part by stacks of thousands of urns outside funeral homes in Hubei Province, where the coronavirus was first detected.

U.S. intelligence concluded in a classified report that was handed over to the White house that China covered up the true extent of the coronavirus outbreak, officials said on April 1.

U.S. officials refused to disclose details of the report, saying only, according to a Bloomberg report, that “China's public reporting on cases and deaths is intentionally incomplete.”

In the Middle East, no country has been harder hit than Iran. The Islamic republic has reported more than 50,000 cases and more than 3,100 deaths as of April 3, according to data compiled by Johns Hopkins University. However, many suspect the numbers being reported by Iran, notorious for its censorship and lack of transparency, are low.

Since the start of the crisis, members of parliament and local officials in some of the major centers of the coronavirus in the country have said the real number of dead and those infected is being grossly understated by the clerical regime that rules Iran.

Satellite images from mid-March appeared to show mass graves being dug in the area around the city of Qom, where the country's outbreak is believed to have begun.

With a population of over 144 million, Russia has reported some 3,500 confirmed cases and just 30 deaths, according to data compiled by Johns Hopkins University.

While Russia has been lauded for carrying out testing early and on a relatively large scale, some experts say the low numbers may be explained in part by the testing tool developed by a state-funded laboratory in the Siberian city of Novosibirsk, known by its shorthand name Vektor.

A Russian science blog called PCR News, which said it had reviewed the specific protocols of the lab's test, said it only detects the virus if it is over a certain threshold in a sample. The test also appeared to give a higher than expected number of “false positives.”

On March 23, Moscow's coronavirus task force said the testing protocol would be changed, but it is unclear if the move will win over skeptics.

Within Russia itself, the Kremlin has moved to shut down domestic naysayers, accusing them of spreading disinformation on social media.

In early March, Russia's Federal Security Service and Internet watchdog moved to take down a viral post claiming the real number of coronavirus cases had reached 20,000 and that the Russian government was covering it up.

While the Kremlin has been quick to downplay crisis at home, it appears eager to promote it abroad.

According to an analysis released on April 1 by the EU's East StratCom Task Force, “claims that the EU is disintegrating in the face of COVID-19 are trending on social media in all analyzed regions,” including EU states and Eastern Europe.

It also said RT and Sputnik — Kremlin-funded media — were peddling conspiracy theories that the virus was man-made or intentionally spread, while portraying Russia and China as “responsible powers.”