Government officials said it would fly U.S. citizens on the cruise ship who want to return from Japan aboard a chartered flight to Travis Air Force Base or Joint Base San Antonio-Lackland 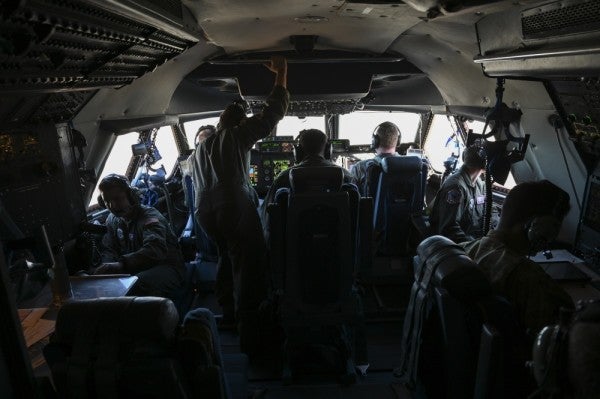 Government officials said it would fly U.S. citizens on the cruise ship who want to return from Japan aboard a chartered flight to Travis Air Force Base or Joint Base San Antonio-Lackland, according to a U.S. Center for Disease Control and Prevention statement Saturday. The U.S. State Department, through the embassy in Tokyo, informed passengers that it would be chartering the flight for Sunday.

Travelers would be screened before leaving the ship, on the flight and again upon arrival, according to health. Those people would then be quarantined for 14 days in units separate from the other Americans already evacuated from Wuhan, the Chinese city where the coronavirus outbreak originated.

Previous citizens evacuated from Wuhan have been housed at an on-base hotel at Travis since arriving on Feb. 5, and health officials said that none of the roughly 200 Americans there have been diagnosed with the virus.

“Everyone's doing just fine, spirits are fine. I think they're all looking forward to end of quarantine,” said CDC spokesman Jason McDonald, who was at Travis on Saturday morning.

Earlier this week, CDC officials said that five people under quarantine had been hospitalized at Fairfield-area civilian hospitals with symptoms of the virus, but tests showed none had COVID-19.

“You keep them separate because the ones locally have gone a certain amount of time without being exposed,” McDonald said. “It's just wise and prudent to put a new batch of those who may have had exposure in a separate group so the original group wouldn't have a new exposure.”

McDonald did not yet know how many passengers might come to Travis, he said. Officials in Japan said that Americans who have been holed up among the 3,600 passengers on the luxury cruise ship for 10 days and did not want to return on the flight could refuse further quarantine.

State Department officials cautioned, however, that Americans hoping to wait until Japanese officials lift the quarantine on the Diamond Princess, which is expected Wednesday, “will be unable to return to the United States for a period of time.”

Authorities said the CDC would make a final determination on when passengers would be allowed to return stateside if they did not take the chartered flight.

Meanwhile, the Defense Department said Saturday that it would be extending through March 15 the use of five military installations, including Riverside's March Air Reserve Base and San Diego's Marine Corps Air Station Miramar, that are housing quarantined travelers. The bases were activated as the outbreak of COVID-19 in Wuhan and the surrounding Hubei province in China grew rapidly earlier this month.

An estimated 67,000 people have contracted coronavirus as of Saturday, 1,500 of whom have died, including one American, according to researchers at Johns Hopkins University. Roughly 10% of those who have contracted the virus have recovered.

CDC and Health and Human Services officials maintain that exposure to the virus in the U.S. remains extremely low. Fifteen people across the U.S. have been identified as carrying the virus — all of whom were under quarantine or self-isolated at home.

Another cruise ship, the Westerdam, docked in Cambodia on Wednesday after two weeks at sea carrying 2,200 passengers, one of whom is a Sacramento resident. An 83-year-old woman who had been on board was found to have coronavirus Saturday morning after flying to Malaysia; the other passengers were not quarantined after arriving in Cambodia.

The Diamond Princess and Holland America's Westerdam are owned by Miami-based Carnival.