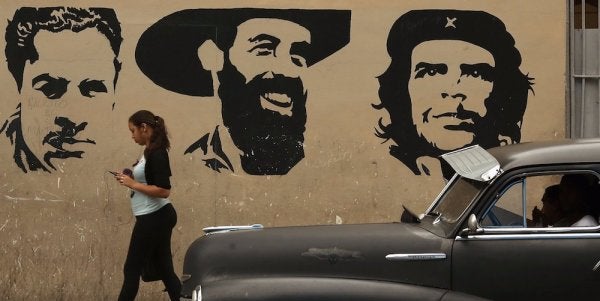 More than 10 U.S. diplomats and their family members in Cuba have experienced strange symptoms including hearing loss, mild traumatic brain injury, and central nervous system damage after being exposed to some kind of mysterious sonic weapon, according to a review of medical records by CBS News.

The Associated Press reported: “After months of investigation, U.S. officials concluded that the diplomats had been exposed to an advanced device that operated outside the range of audible sound and had been deployed either inside or outside their residences. It was not immediately clear if the device was a weapon used in a deliberate attack, or had some other purpose.”

But a number of experts aren't sure whether such a device exists.

“There isn't an acoustic phenomenon in the world that would cause those type of symptoms,” Seth Horowitz, a neuroscientist and author of the book “The Universal Sense: How Hearing Shapes the Mind,” told Business Insider via email.

Horowitz explained that no known inaudible — and seemingly undetectable — device could have the properties attributed to these strange sonic weapons.

Would someone target diplomats with mysterious devices?

n this photo taken Sept. 14, 2011, Lt. Col. Jeffrey Bevington, requirements officer with the Joint Non-Lethal Weapons Directorate, demonstrates one of the military's latest voice projection system and instant translation technologies, that can project a human voice a mile away and instantly translate from English to another language, at the Marine Base in Quantico, VirginiaPhoto via Associated Press

Starting in late 2016, a number of diplomats and their family members sought medical attention for mysterious nausea, hearing problems, and balance issues. At least five Canadians have experienced similar symptoms, according to CNN.

The attacks — if that's what they were — appear to have stopped. But it remains unknown what sort of device could have caused these medical issues and who was behind these attacks.

Diplomats have experienced other forms of harassment, like break-ins and surveillance, since the U.S. formally restored diplomatic relations with Cuba in 2015. But a physical attack is unprecedented, and many experts say Cuba has no interest in damaging relations with the U.S. Some experts have said that the fact Canadians experienced similar symptoms make the possibility of an intentional “attack” even less likely since Cuba and Canada have a strong relationship.

Because of these factors, experts wonder whether the symptoms could be the result of a third party (potentially from another government) trying to sabotage U.S.-Cuban relations. Others have mused that this could be some sort of eavesdropping device gone haywire.

It “sounds like a science experiment,” James Carson, former head of the U.S. Interests Section in Havana, told The New York Times.

For the most part, it seems victims didn't hear anything, which implies the device operates outside the audible range of sound. But CNN's report said two officials also described “a deafeningly loud sound similar to the buzzing created by insects or metal scraping across a floor,” though no one knew where that sound came from.

Toby Heys, the leader of Manchester Metropolitan University's Future Technology research center told New Scientist that it's possible for something emitting infrasound — vibrations at a frequency below what humans can hear — to cause hearing loss. But Heys said that would require large subwoofers, making covert deployment unlikely.

Ultrasound devices, which operate above the range of human hearing, exist and could damage the ears, Heys said. But these sonic weapons would need to be directly targeted into the ear.

“Overall, I would be pretty circumspect about the claims, to be honest — it is all very Philip K. Dick territory,” Heys said. “That said, we are living in a fairly surreal world right now.”

The use of sonic weaponry

Sonic weapons do exist, but for the most part they are “highly visible and easy to avoid,” according to Horowitz.

Such weapons include long range acoustic devices, or LRADs, which emit a shrill, loud, disabling sound that can damage the hearing of people more than 900 feet away. These devices have been used by U.S. troops in Iraq, for crowd control in New Orleans after Hurricane Katrina, and by cruise ships to repel Somali pirates. Similar “sound cannons” were also used by police against protestors at the G-20 meetings in Pittsburgh in 2009.

But those devices are large and emit obvious sounds. A mystery machine that emits harmful, silent waves defies any immediate explanation.

Business Insider has reached out to other experts on non-lethal weaponry and will update this post if a plausible explanation emerges.