"His passing left a huge hole in the lives of so many good people." 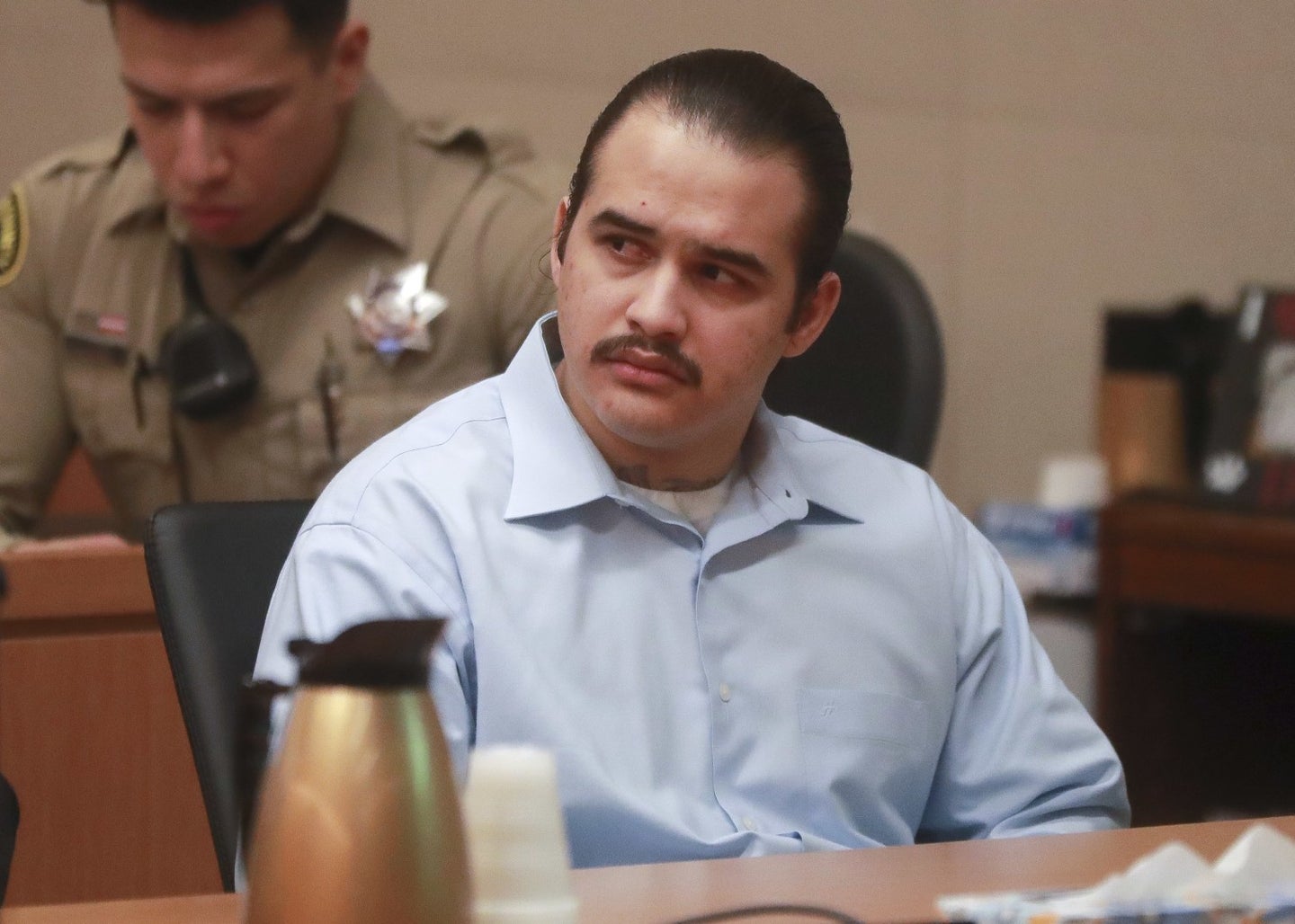 A gunman who killed a good Samaritan who stopped to help what he thought was a disabled motorist on a San Diego freeway was sentenced Monday to life in prison without parole.

Edson Acuna, convicted in February of first-degree murder, got more than 25 additional years tacked on, for other crimes committed during and after a vehicle break-in at a Mount Hope home went awry in October 2018.

The break-in devolved into a shootout between Acuna and the owner of the vehicle. Acuna, his brother and two friends fled in a car, but it was disabled with two flat tires about two miles down the road.

As they were stopped on the shoulder of Interstate 15 in Logan Heights, they mistakenly believed the man who had pulled over behind them — Navy Sailor Curtis Adams — was the same person who had been shooting at them earlier, according Acuna’s attorney.

San Diego Superior Court Judge Charles Rogers, who presided over the trial, said the evidence supports the notion that Acuna was the “ringleader” and that he’d “played a major role in this sequence of the events.”

The judge said the Adams, 21, was a “remarkable young man.”

“His passing left a huge hole in the lives of so many good people who raised him to have good values,” Rogers said. “This world was deprived of the contributions that I know Mr. Adams was going to make.”

“I lost my heartbeat, and my breath stopped going,” Barbara Abrams wrote.

She described a young man who was “full of life, active and enthusiastic,” who was excelling in military service and had “a plan, vision and determination.”

“My son Curtis will rest in peace,” she wrote. “Your crime spree will now end, and the streets will be safer.”

Acuna, 26, spoke at his own sentencing hearing, first apologizing to the family for the loss of Adams then bristling at what he said was the prosecution’s and media’s portrayal of him as “cold-hearted.”

The gunman’s younger brother, Brandon Acuna, was also sentenced Monday. The 23-year-old had pleaded guilty to voluntary manslaughter for his role in the events and was sentenced to 13 years.

The series of events that led to the shooting started in the early morning hours of Oct. 27, 2018, when the Acuna brothers and two other people tried to break into a Chevrolet Tahoe in Mount Hope.

At trial, the prosecutor said Brandon Acuna smashed out a window with bolt cutters, then Edson Acuna took out painting tools, ladders and buckets. As they loaded items into the older brother’s car, the Tahoe owner came out with a gun.

Who fired first is disputed. No one was struck, but a bullet from Acuna’s semi-automatic pistol went through the home into a child’s bedroom and lodged into a stuffed Batman toy.

The brothers and their friends drove off in Edson’s Toyota, making it to the freeway before rolling to a stop.

Adams, the shooting victim, was headed back to base just after 2 a.m., heading south on I-15 when he spotted the Toyota on the shoulder of the freeway.

Adams stopped to help, telling his girlfriend, “I’m going to be a good Samaritan today.”

He got just a few steps out of his car when he was shot in his chest.

The Acuna brother and the others fled again. San Diego police found Brandon Acuna and girlfriend Susana Galvan hiding near the freeway.

Harvey Liberato, who was in the car with the Acunas, was arrested almost two weeks later. Edson Acuna was arrested in Mexico about two months later.