The Department of Defense's Cyber Command regularly announces hacking operations that they're countering — but in recent weeks, those announcements have taken a colorful turn 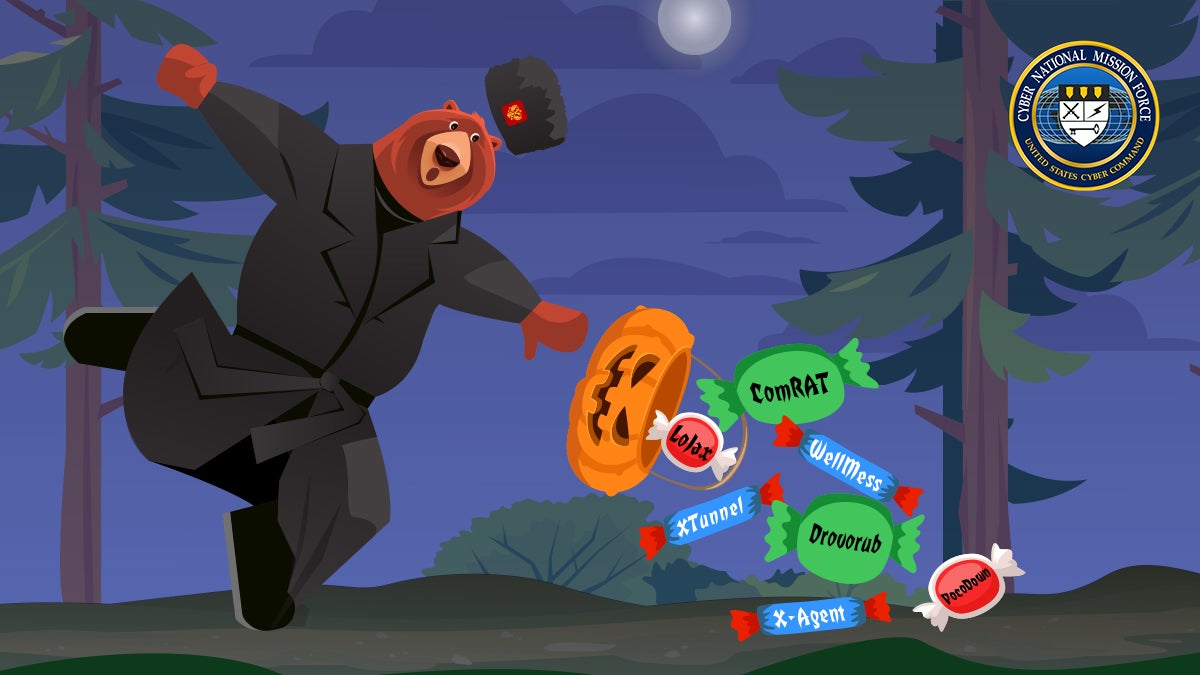 The Department of Defense’s Cyber Command regularly announces hacking operations that they’re countering — but in recent weeks, those announcements have taken a colorful turn.

Cyber Command, the Pentagon’s cyberwarfare outfit, has increasingly posted cartoons and illustrations that appear to poke fun at foreign hackers. Their purpose isn’t just to entertain readers; rather, the cartoons are part a deliberate strategy to infuriate cybercriminals as the U.S. attempts to ward off future attacks, unnamed officials told CyberScoop.

The tactics are part of a broader push by U.S. officials to engage with hackers more publicly. Investigating cybercriminals has historically been carried out covertly, but in recent years the U.S. has made a point to overtly announce information about hacking operations in order to deter future attacks.

According to CybserScoop, the new illustrations accompanying Cyber Command’s advisories are a way of adding insult to injury. The agency reportedly chose non-threatening, goofy animals to depict foreign hackers in order to stop them from using the announcements as a badge of honor.

A relatively new implant, which we have dubbed #SlothfulMedia, has been used to target victims in a number of countries, including: India, Kazakhstan, Kyrgyzstan, Malaysia, Russia and Ukraine.

One illustration depicts a cybercriminal group using the Chinese government’s malware as a pink sloth hunched over a computer. Another cartoon accompanying a post about Russian state-sponsored cybercriminals depicts them as a clumsy bear dropping a bowl of Halloween candy.

The cartoons build on other unorthodox tactics used by Cyber Command to demoralize foreign cybercriminals. The agency previously attempted to deter hackers by sending them direct messages on multiple platforms in order to inform them that the U.S. was aware of their activities, The New York Times reported.