75 years later, a Navy vet learns the name of the XO who saved his life on D-Day

"I had the feeling God kept me alive for some reason and maybe this is it ... As a seaman, having the executive officer's daughter getting in touch with me 75 years later, it's unbelievable." 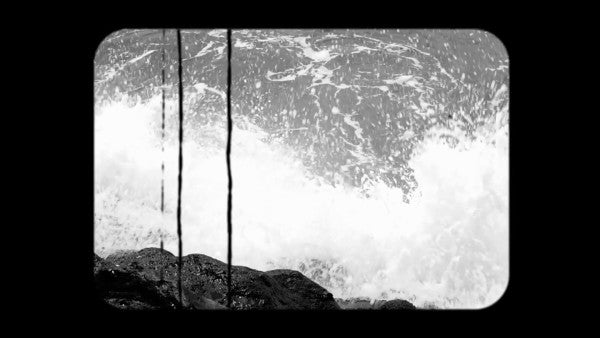 When the USS Corry, an American Navy destroyer bombarded by the Nazis, sank off the coast of Normandy on D-Day in 1944, its executive officer, the second-in-command, crowded as many rescued sailors as he could on a whaler used as a lifeboat. Then he saw a body floating close by.

He told his men to tie it to the side of the boat. There was no more room on board.

He didn't know whether the sailor was alive in the cold English Channel waters, but he felt compelled to pick him up.

The unconscious teenager tied to the lifeboat was Chet Furtek of Philadelphia. He awoke, with his face covered by a blanket, on a rescue ship. He thought he had died and gone to purgatory. Heaven, he knew, was out of reach. But he soon found himself alive, surrounded by other wounded and deceased sailors and soldiers being transported back to England as solemn music played from a loud speaker.

Furtek is now 93. And the story of his rescue, which he described as a miracle, has not been forgotten.

Earlier this month, a woman in a tiny Fiat 500 with New York license plates came to see him. When the 75th anniversary of D-Day occurred this spring, she read online a story that this news organization published about Furtek in 2015.

“I read it and I got goosebumps,” the woman said.

So she did more research and saw an account of what happened to Furtek that he had written for a publication about the destroyer. It confirmed what she now suspected.

Her father, Lt. Ronald Vanelli, was the officer who saved Furtek's life.

“The tears started flowing and my jaw dropped,” Jill Vanelli said. “I was just bowled over. I have to meet this man,” she thought.

When she found his phone number and told him who she was, he replied, “Have I got a story for you.”

They met earlier this month, greeting each other with hugs at the Center Square Apartments in Doylestown, where Furtek now lives, before going to lunch at a nearby Italian restaurant that he favors.

Vanelli's father was a Harvard University student when he entered a Naval ROTC program for officers in training. Furtek was only 17 when he enlisted.

Then D-Day came. While Furtek recovered from hypothermia after his rescue, Vanelli was assigned to another ship and their paths didn't cross again during the war, though both continued to serve in the Navy.

Vanelli would be awarded the Bronze Star for his bravery when three Japanese kamikazes attacked the USS Mahan in December 1944.

“He was cited for keeping his shipmates safe by dumping torpedoes off the sinking ship,” Jill said her brother, Mark, told her. “He told Mom that he saw the whites of the eyes of the kamikaze pilot that plowed into the bridge before he was knocked unconscious.”

Vanelli, who grew up and raised his family in Massachusetts, would get his doctoral degree in organic chemistry from Harvard and work there both as an administrator and lecturer for most of his adult life. “He couldn't get enough of the place,” his daughter said. He died in 2013 at age 93.

At Thanksgiving and Christmas dinners, Jill Vanelli's son, Alessandro Gilardi, would ask his grandfather about his days in the Navy. Once, he asked if he had ever saved anyone. Her father may have told the story of the man tied to the ship, but Jill remembers she was distracted serving the meal, so she didn't concentrate on what he said.

But when the 75th anniversary of D-Day came around in June, it brought back bittersweet memories of her dad, particularly of a visit the family made to the cemetery at Normandy when she was a child.

“I remember my father's reaction … He was noticeably upset that day … My father was emotional. He was Italian. But my father always kept things in check. That day left an impression on me,” she said.

She recalled all this at the 75th anniversary and tried to look up information on the Corry, which led her to contact another of its veterans who told her about Furtek. Researching his name, she found the news article and set out to find him. Now she wants to visit again and bring him some chocolate, which he likes. And she wants to make sure her son knows about his grandfather's heroism.

Furtek is glad for his newfound friend.

When his wife, Nancy, died in 2018 at age 88, Furtek was surprised that he outlived her.

“I had the feeling God kept me alive for some reason and maybe this is it … As a seaman, having the executive officer's daughter getting in touch with me 75 years later, it's unbelievable.”