2 D-Day vets, one of whom served with ‘Band of Brothers’ Easy Company, pass away

"I've stood up behind a machine gun and burned through six barrels in two hours, and there was nothing left but death and misery." 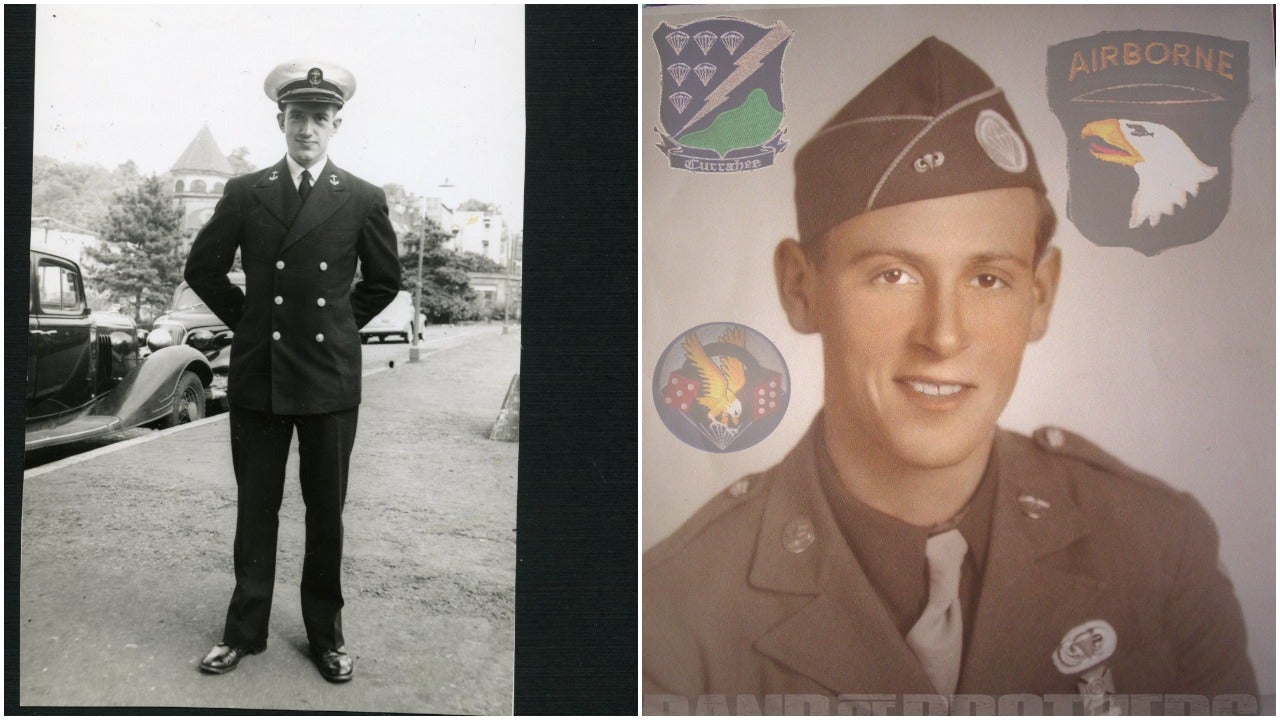 The mid-valley has lost two more members of the Greatest Generation.

Decorated World War II D-Day veterans Steve Besse of Corvallis and Bill Wingett of Lebanon both have passed away.

Besse, a Corvallis High graduate and landing craft officer who worked after the war at Oregon State University, died Sept. 20 at the age of 100. Wingett, a member of the famed “Band of Brothers” paratrooper company, died Oct. 1 at the Edward C. Allworth Veterans’ Home in Lebanon. He was 98.

Here is a quick snapshot of the two men:

Wingett was born in Spokane, Washington, and enlisted the day after the Pearl Harbor attacks, along with his four brothers. An automobile crash, however, prevented his enlistment until August 1942.

He became part of Easy Company of the 506th Parachute Infantry Regiment of the 101st Airborne Division.

He jumped behind Utah Beach on D-Day, June 6, 1944, and nearly drowned because the Germans had flooded the low-lying fields.

“The water almost did me in,” he said in a 2015 interview for the Democrat-Herald/Gazette-Times Veterans Day coverage. “I was heavily laden and landed in seven feet of water. I am not a swimmer.”

Wingett fought his way inland with hundreds of thousands of Allied troops, taking part in campaigns in France, the Netherlands, Belgium, Luxembourg and Germany. He participated in the famed assault on Berchtesgaden, the Bavarian mountain retreat of Adolf Hitler.

The 506th was immortalized in the 1992 book by Stephen E. Ambrose and the 10-part film produced by Tom Hanks and Steven Spielberg. Easy Company of the 506th is arguably the most famous unit of the Second World War.

Wingett told Matt Debow of the Lebanon Express in 2018 that he didn’t think Easy Company deserved more praise than other soldiers or companies.

“I just can’t figure out a way to tell people that combat is combat,” Wingett said. “I’ve stood up behind a machine gun and burned through six barrels in two hours, and there was nothing left but death and misery.”

Wingett and all four of his brothers survived WWII. Wingett later served in the 82nd Airborne as well as the Navy before settling in Oregon, where he opened a woodworking shop.

In June 2009, France honored Wingett for his military service in Normandy by declaring him a knight of the Legion of Honor.

Besse was born in Cheyenne, Wyoming, and moved to Corvallis at the age of 2. He was a 1937 graduate of Corvallis High School.

Pearl Harbor was attacked during his senior year at what was then Oregon Agricultural College, and Besse immediately enlisted in the Navy. On June 6, 1994, he was executive officer on LCI 420, a landing craft that delivered more than 2,500 Allied troops at Omaha Beach, the site of the heaviest D-Day action.

“On the first wave, the guys were being shot just coming off the ramp. After our first landing, we went back out to pick up 200 more troops,” Besse told reporter Kyle Odegard for a 2019 story on the 75th anniversary of D-Day. “The noise was so tremendous. There was gunfire all over. You couldn’t really hear.”

Besse spent the latter part of the war as a liaison officer on a British base, then was transferred to San Francisco at the Pacific Command of the U.S. Navy.

After the war, Besse stayed in California and became the international manager for Ferry-Morse Seed Co. He then joined the Oregon State University Extension Service, working in Ontario, Eugene and at OSU itself. He retired from the university after a stint as OSU’s director of international agriculture.

Like Wingett, Besse also was inducted into the French Legion of Honor as a knight for his actions during D-Day. He was honored in 2015.