Dakota Meyer: ‘When Did We Become So Ugly As A Nation?’

In a Facebook status, Marine veteran and Medal of Honor recipient, Dakota Meyer condemned the July 7 shooting in Dallas,... 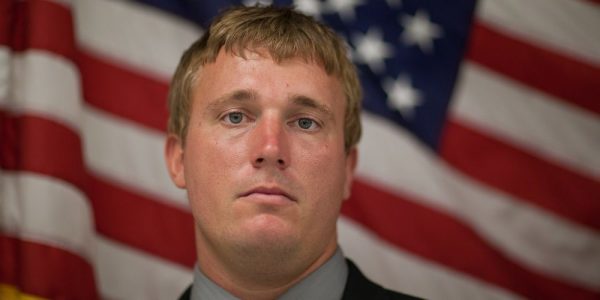 In a Facebook status, Marine veteran and Medal of Honor recipient, Dakota Meyer condemned the July 7 shooting in Dallas, Texas, that claimed the lives of at least five police officers.

According to initial reports, the shooting occurred in downtown Dallas Thursday evening just as a protest over two recent shootings of black men by police in Louisiana and Minnesota was winding down. Three alleged suspects are in custody, and a fourth was killed after a standoff with police.

In the post, Meyer addressed growing divisions among Americans and encouraged readers to stop searching for an enemy as a way to unite and to instead seek common ground.

It is time to be done with being bound by a common enemy and instead be bound by the commonality that we are all Americans. I am saddened by what happened this evening and the events leading up to it. My heart and my prayers go out to the families of the officers who were shot in Dallas tonight. This isn’t what I want to leave for my daughter when I die and I will be dammed if I am going to sit here and do nothing.

Meyer posted the status at midnight on July 8 and it has since gone viral. Read the full post below.

For his actions during the Battle of Ganjgal on Sept. 8, 2009, in Kunar Province, Afghanistan, Meyer became the first living Marine from the wars in Iraq and Afghanistan to receive the nation’s highest decoration for valor when he was awarded the medal on Sept. 15, 2011.