"There are few pilots I have respected as much as him." 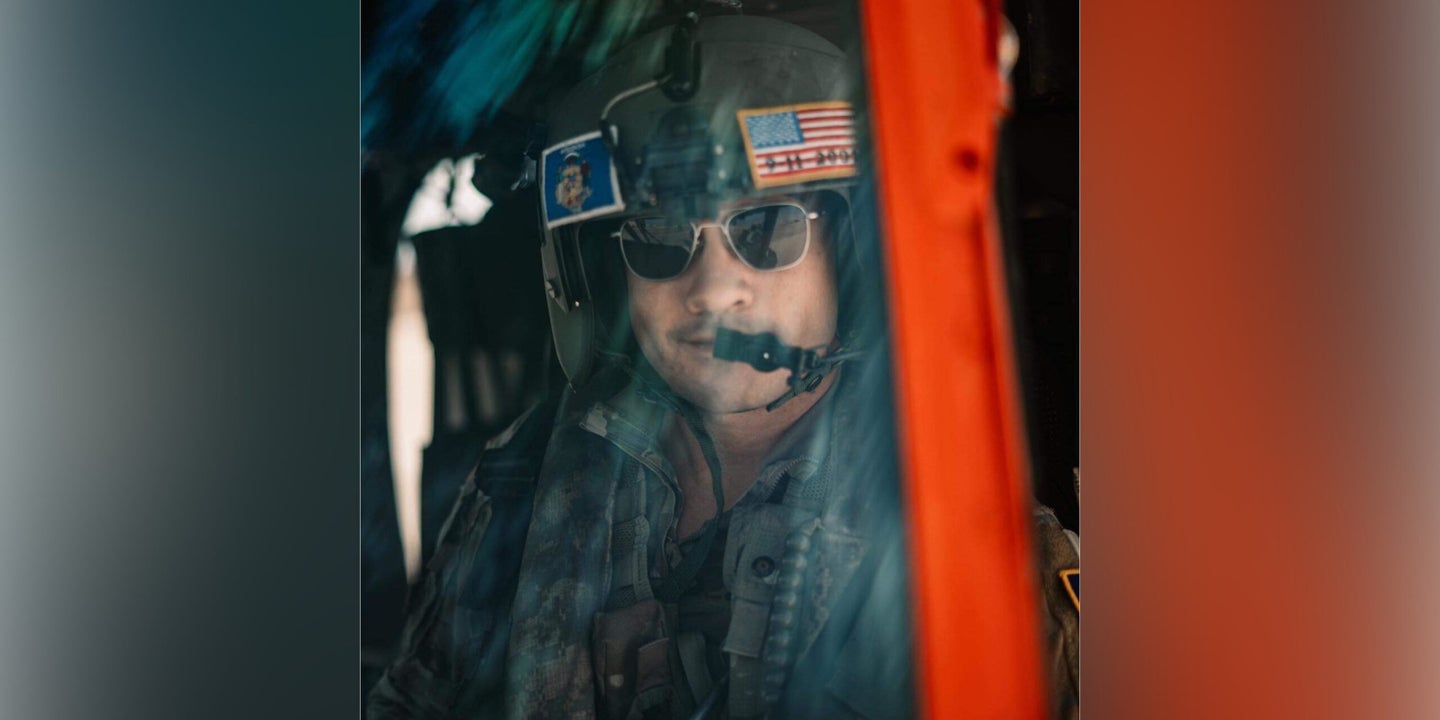 “I’d literally wake up at 3 in morning, and he’d still be flying helicopters and old Cessnas,” Grimes recalled.

Friends and family said Garza dreamed about flying helicopters from a young age. He achieved his dream as an adult, flying UH-60 Black Hawks for the U.S. Army

Garza was flying a helicopter that crashed off the coast of Egypt on Thursday. The 34-year-old was one of seven members of an international peacekeeping unit who died.

Friends and family remembered Garza on Monday as smart, motivated and charismatic but also as a man who always took the time to help those around him.

“His smile just lit up the room wherever he went. Just one happy dude, larger than life,” said Grimes, whose friendship with Garza continued in adulthood.

Garza grew up in Janesville but left during his junior year at Parker High School to join his father, who settled in Texas. Garza decorated his flight helmet with the flags representing his family in both states.

Grimes remembered playing on basketball teams with Garza in ninth and 10th grades: “He was always offering words of encouragement to everyone on the team, trying to motivate people. That’s just what he did. It was in his personality.”

A soldier who flew with Garza wrote on a memorial Facebook group: “We were grabbing our bags off a truck. Dallas had his hands full, and I tried to carry his bags for him. He told me to put his bags down. I said it was OK, but he insisted that I put them down and told me, ‘If you can bring it, you can carry it.'”

“Many times, pilots have treated me and other crew chiefs like errand boys, but Dallas refused to do that,” the crew chief wrote. “He showed us respect and always took the time to teach new things. There are few pilots I have respected as much as him.”

“Dallas made everyone around him better,” wrote another soldier. “To be honest, I don’t even think it was a conscious thing. It’s just what happened. Let’s face it, he could have done anything with his life and would have been madly successful, because he was incredible intelligent, tenacious, and put his entire self into everything he did.”

Garza joined the Army in 2005, his mother, Belinda Swinney of Janesville, recalled.

His father and grandfather also served in the military, and he wanted to follow in their footsteps, Swinney said.

Garza worked as a crew chief on Black Hawks and served in Afghanistan and Iraq. He became a warrant officer in 2010.

He was assigned to the peacekeeping mission last January, according to news reports.

“He was making a career out of it because he loved to fly,” Swinney said. “He loved the Army. He was a proud soldier, and he loved his country.”

One fellow soldier wrote on Facebook: “If you’ve ever flown with Dallas you know how good he was behind the controls. He had a level of skill and intuition that isn’t teachable.”

Garza married and had two children, both girls, Swinney said. They later divorced.

Garza proposed marriage to his girlfriend the day before the crash, said Aurora Long, one of Garza’s three sisters.

Long recalled going on trips with Garza, including one to Las Vegas. She said Garza never wanted to tell people he was in the military or take advantage of discounts businesses offered to veterans.

“He really loved his country. He said he didn’t care who was president. He would serve his country no matter what,” Long said. “He loved his job and protecting people. He never wanted a thank-you.”

Garza was assigned to the Multinational Force & Observers near the resort town of Sharm el-Sheikh on the Red Sea coast. Thirteen countries contribute peacekeepers to the force, which is tasked with monitoring borders and compliance with the 1979 Israel- Egypt peace accord.

Five U.S. soldiers died in the crash, in addition to a Czech officer and a French peacekeeper, according to news reports. The cause appears to be mechanical, but an investigation will be conducted.

Swinney noted one U.S. soldier survived the crash and was hospitalized.

Swinney said details of the funeral, to be held in San Antonio where his father lives, have not been set, but she has heard people are coming from Egypt, Afghanistan, Iraq and Hawaii, all places where Garza served.

“I’m a very proud mama,” Swinney said. “He had a lot of life to live, but he died doing what he wanted to do.”

“He had that dream,” Grimes said. “He didn’t want to settle for second best, and he never did. He wasn’t cocky about it, either. He’d always bring people along with him.”

Related: We salute the Army Black Hawk crew who saved a child from hurricane floodwaters in Honduras