“He just needed somebody to be there. He had nobody.” 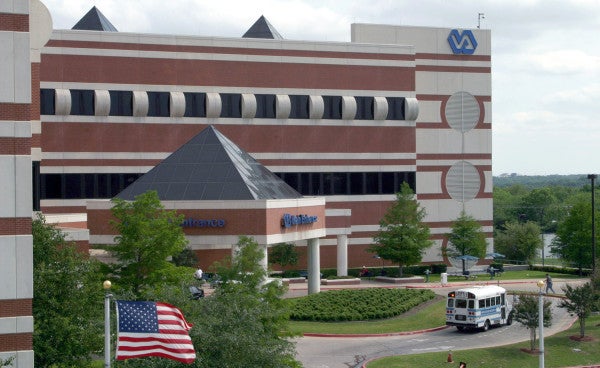 On a Friday morning in early January, two cops showed up at Donovan Ashcraft’s house.

The 23-year-old from McAlester, Oklahoma, was at home with the mother of his new baby.

“Do you know Donald Ashcraft?” one of the officers asked him.

Donovan’s father, a 51-year-old Army veteran from Oklahoma City, had struggled with mental health issues for years. He’d been arrested months earlier for threatening violence with a knife. Donovan hadn’t spoken to his father since last summer. Now he feared the worst.

Yes, the officers told him.

Officers fatally shot the Army veteran on the night of Jan. 8 after he allegedly refused to drop a knife at the Dallas VA Medical Center.

Donald arrived at the southeast Dallas hospital seeking help “for psychiatric issues” and was seen holding the weapon, according to police statements. When he tried to walk away, VA officers followed him, trying multiple times to disarm him. “The man attempted to attack VA police with the knife, causing VA police to fatally shoot him,” according to the statement issued by the medical center.

No one else was injured, and Dallas Police are still investigating what happened.

In a statement, the VA said that it doesn’t typically confirm the identities of patients or discuss their treatment to protect their privacy.

While he said it was a shame what happened to Donald, whom he did not know, the medical center has an obligation to protect its employees and clients from violence.

“The whole situation is a tragedy, no matter how you break it down,” said Jacob Schick, a Marine veteran and CEO of 22KILL, a nonprofit that focuses on suicide prevention among veterans.

Police have not released footage of the shooting, responded to questions or revealed any details about the knife Donald was holding.

After talking to a Dallas Police Department detective and reading news coverage of the shooting, Donovan said he was left with more questions about what happened to his father:

Why had he traveled to the Dallas VA instead of going to the one closer to home in Oklahoma?

What prompted police to shoot him? Was the shooting necessary?

He wants to see police body camera video from the incident to determine what happened and if officers did all they could to prevent his father’s death.

The Dallas Morning News has filed an open records request for the results of the investigation and body-camera footage from the incident.

For Donovan, one of Donald’s closest living relatives, the shooting reflected the difficulties facing mentally ill veterans trying to navigate a complicated healthcare system. For others, like Donald’s ex-wife, it was a sad end for a man who couldn’t take care of himself after the deaths of close family members.

Michael Sykes, a therapist who had counseled him for 10 years, said he had fought a lifelong battle with mental illness, including schizophrenia and bipolar disorder.

“I spent a lot of years where I tried to protect him and keep him from harming himself,” said Sykes, a licensed professional counselor and lawyer in Oklahoma City.

For whatever reason, Donovan said, his father’s demons got the best of him.

Donald Ashcraft was born in 1968 and grew up in central Oklahoma, the middle son of three kids.

He was 18 when he enlisted in the Army in 1986 and assigned to Schofield Barracks in Hawaii. During that time, his older brother, David K. Ashcraft Jr., an Army private first class, was killed in an Oct. 3, 1986, helicopter crash in Germany.

Donald’s life changed after his brother’s sudden death, said Kimberly Barrett, who was married to him in the mid-1990s.

“His mother panicked, and she wanted Donnie to pull out,” of the Army, said Barrett, who now lives in Ireland.

After less than a year in the Army, Donald received an early discharge in 1986, according to records obtained by The News. Then he moved back home with his mother, Anna Johnston, in Oklahoma City.

Barrett, who grew up in East Texas, met her former husband while visiting a friend at an Oklahoma City apartment complex. He lived there, too, with his mother, Barrett said.

“When I met him, Donnie was a lovely guy, very nice,” Barrett said. “I didn’t see any signs of anything wrong.

“Maybe it was puppy love.”

After she had two sons with him, the couple struggled with finances and his mental health. She would occasionally move back to East Texas or find temporary housing in shelters, she said.

Donald was mechanically inclined and worked for a construction company. But he didn’t always pay their bills, Barrett said.

“Our marriage was filled with stress,” Barrett said. “Donnie kept me always worrying about a roof over our heads. We always had problems with finances.”

Prone to jealousy, he didn’t want her to work outside the home.

“He was very controlling, bullying and acting paranoid as if I was cheating on him,” she said.

She left the marriage in 1999, about a year after her second child, Brandon, was born, because she found it too hard to live with his depression and erratic, controlling behavior, she said. Barrett raised her two boys in Ireland after moving there in the early 2000s to get married.

“He didn’t really know how to take care of himself,” Barrett said. “The military was his stability. Once he pulled out of that, he went downhill.”

Donald had run-ins with the law as far back as the early 1990s. He was convicted of various charges, including driving under the influence, burglary, domestic assault, illegal possession of a firearm and resisting arrest, according to Oklahoma online court records.

After the deaths of family members over the years, he lacked any real support system, Barrett said.

Several years ago, Donovan returned to Oklahoma City and moved in briefly with his father, who “really didn’t have anybody in his life,” he said.

He said he never had problems with his father. But living with a person suffering from mental illness wasn’t easy, Donovan said.

A couple of years ago, Donovan moved away to McAlester, a two-hour drive southeast of Oklahoma City. After becoming a dad, he took a steady job with a pipeline company.

Donald had been going to a VA clinic in Oklahoma for treatment, his son said, and was “on three or four different medications.”

When Donald’s mother died in 2015, he lost the one person who had been his touchstone — his “home base,” Sykes said.

“After she died, he wasn’t able to keep his life together,” Sykes said.

Donald struggled with basic responsibilities, including paying rent, Sykes said. He received a monthly income from Social Security for his mental disability as well as a disability payment from the VA, Sykes said.

Though he struggled with serious mental illness, Sykes said, he tried to help people. “I’ve seen him put in hot-water heaters for people,” he said. “He would go out of his way to help others. He had a good heart.”

But in the last year or so of his life, Donald’s health deteriorated, which Sykes attributed to possible substance abuse.

“I suspect drugs got in the way,” of his mental health, he said.

In June, Donovan recalled talking to his father one last time. He offered him a spare room.

But nothing ever came of it.

The Jan. 8 incident was eerily similar to one involving Donald months earlier — but with a dramatically different outcome.

In September, the 51-year-old veteran was arrested at a hospital in Oklahoma City.

Witnesses had alerted police that he was holding a knife outside South West Medical Center and threatening to take hostages.

When police responded, he ran inside the hospital and was eventually found in a women’s bathroom. He was arrested and booked into jail on Sept. 11, 2019, according to Oklahoma County jail records.

Donovan believes his father wouldn’t have harmed anyone.

“He would never do that,” he insisted by phone from his home in Oklahoma. “He’s not the bad guy people are making him out to be.”

As many as 2 million people with mental illness go to jail each year, according to the National Alliance on Mental Illness (NAMI). In Texas, the jails in Dallas and Harris counties are considered the largest mental health institutions in the state, according to Dallas-based Meadows Mental Health Policy Institute.

“He needed to be taken care of,” Donovan said of his father. “I think he wanted to go to jail.”

Donald was released Oct. 3. But it’s unknown where he went next. Jail documents do not list a home address.

“I didn’t realize he wasn’t using his money to pay rent,” Sykes said. “He was sleeping in hospital lobbies.”

Donald was in the worst shape Sykes had ever seen him: thin, frail and pasty-looking. “He had spiraled down into a dark hole and I couldn’t get him out of it,” he said.

In November, Sykes said, his patient entered a residential substance abuse treatment program at a VA facility in Bonham, northeast of Dallas. He stayed there about a month but was kicked out for failing to follow the rules, Sykes said, including arguing with other patients and lighting up in non-smoking areas.

It’s not clear how Donald spent the final weeks of his life. The last time they talked, he had told Sykes he was staying with acquaintances in Dallas. Sykes thinks his former patient went to the Dallas VA in hopes of getting treatment.

Sykes doesn’t blame the Veterans Administration for failing to help him. The VA can feel like a large, bewildering system that’s hard to navigate, he said. And the long wait times can be frustrating, especially for people with mental illness. “For a lot of people, it takes so long, they get up and leave,” Sykes said.

“You have to be fairly stable to make your way through the system,” he said. “Stable enough to wait to get help.”

Donovan thinks his father’s mental health may have deteriorated because he didn’t have anyone around.

“He just needed somebody to be there. He had nobody.”

Veterans, their family members or friends worried about a veteran’s mental health can call a VA sponsored Veterans Crisis Line at 1-800-273-8255 and press 1. They can also text to 838255, or chat online at VeteransCrisisLine.net/Chat.