‘I Have Learned A Huge Lesson:’ Student Regrets Sharing Photo Of Military Officer At Urinal

A University of North Georgia review panel has reduced the suspension of a Columbus student who took an inappropriate photo... 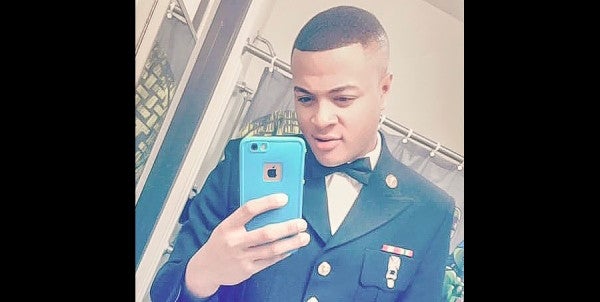 A University of North Georgia review panel has reduced the suspension of a Columbus student who took an inappropriate photo of one of his military instructors that was shared on social media last November.

Dante Jamal Harris, a 2014 Columbus High School graduate, appealed the original decision to suspend him for four semesters and was given a Title IX hearing on Wednesday. The panel informed Harris Friday morning that it was recommending the suspension be reduced to two semesters and he would be eligible to re-enroll in spring 2018.

Harris graduated from Columbus High and played on the school’s basketball team despite the fact that he had been abandoned by his parents and was homeless most of his senior year. He hid that from classmates and friends.

Amber Massey, who had a nephew on the Columbus High basketball team, figured out there was an issue and stepped in to help him complete his senior year.

Harris, reached by phone in Dahlonega, said he was talking with several people to see what he should do next. He has been on a $70,000 full scholarship from the Georgia National Guard since he started at the University of North Georgia in fall 2014.

“I want to see how this will impact by scholarship,” he said.

He will be able to complete the current semester, Harris said of his understanding of the punishment, which restricts him from being on campus.

He has the option to appeal the decision to the university’s provost and president, Massey said.

On Nov. 3, 2016, Harris took a cellphone photo of one of his instructors, Maj. Richard Neikirk, in an on-campus bathroom. Neikirk was at a urinal but had his shorts pulled down and you could see his buttocks.

Harris then sent the photo to three friends, who shared it with hundreds of people on the messaging platform GroupMe, according to an ajc.com report this week.

In addition to punishment from the university, Harris faces criminal charges. He was arrested and charged with unlawful eavesdropping or surveillance, a felony, and transmission of photography depicting nudity, a misdemeanor. He faces up to six years in prison and a fine of more than $50,000 if convicted in Lumpkin County Superior Court.

On Friday, when reached by the Ledger-Enquirer, Harris said he regretted the incident. One of the reasons the panel reduced the sentence is because it felt Harris had been remorseful.

“I have learned a huge lesson,” he said. “Something I may see as funny, other people don’t see it that way. And I now see how my actions affect other people. I regret it.”