Did the Pentagon Just Admit Stealth Technology May Not Even Work Anymore?

Did the Pentagon just admit that stealth technology may not work anymore? Or that America must be ready to face... 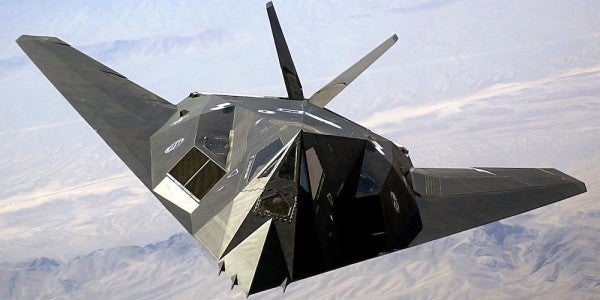 Did the Pentagon just admit that stealth technology may not work anymore? Or that America must be ready to face a future where its airpower doesn't control the skies?

The Defense Advanced Research Projects Agency, the Pentagon's cutting-edge research agency, has quietly raised these possibilities as it searches for future technology to fight the next war. And stealth technology may not be the answer.

The agency also admits that “our acquisition system is finding it difficult to respond on relevant timescales to adversary progress, which has made the search for next-generation capabilities at once more urgent and more futile.”

If that’s the case, then the next generation of aircraft—the designs that will eventually replace the F-22, F-35 and B-2 stealth aircraft—may not be any stealthier than their predecessors. Or, in the endless race between stealth technology and the sensors that seek to penetrate its veil, stealth may have hit a brick wall.

Thus, DARPA has to ask a question that America has never really had to contemplate before. “Are there acceptable alternatives to air dominance?” DARPA asks. “Is it possible to achieve Joint Force objectives without clearing the skies of enemy fighters and bombers, and eliminating all surface-based threats? Can this be achieved without placing a high-value, sophisticated platform and crew at risk — reducing leverage potential adversaries currently hold over the U.S.?”

DARPA says it wants to see if it's possible to “go beyond evolutionary advances in stealth technology and disrupt traditional doctrines of air dominance/air supremacy?”

But the traditional U.S. way of war since 1941 has been to seek control of the skies: though there have been rough patches, such as the Pacific War in 1941 and the Bomber Offensive over Germany in 1943–44, America has largely succeeded in clearing the skies of enemy planes and filling them with its own. Few Americans alive today have ever been bombed by aircraft, which is more than America’s enemies can say.

But those days are gone, as Russia and now China are developing stealth aircraft and lethal anti-aircraft missiles.

Now, DARPA is looking for other ways that U.S airpower can accomplish its objectives even without air superiority, such as “lethality through a combination of overwhelming performance (e.g. hypersonics) and overwhelming numbers (e.g. swarming low-cost weapons).”

Indeed, the Pentagon's pet research agency seems to be taking a swipe at the concept of small numbers of expensive aircraft like the F-35 stealth fighter and B-2 stealth bomber when it calls for “reduced reliance on increasingly complex, monolithic platforms.”

It sees one possible solution as “small, inexpensive, massively-networked vessels derived from commercial designs.” That same approach also applies to space, as the United States moves away from “monolithic, high-value space assets and instruments” in favor of smaller, simpler and cheaper satellites and launch vehicles.

On land, DARPA suggests the future of war will be smaller and more lethal ground units operating without the immense infrastructure of forward operating bases and long supply lines. The agency envisions autonomous “terranets” (presumably AI-controlled) that will coordinate the activities of brigade-sized formations of manned and unmanned units, as they battle in the darkness of the emerging domain of subterranean warfare.

Interestingly, the example of future ground combat that DARPA cites is “Starship Troopers,” the legendary sci-fi novel and movies of troops in powered armor. But Robert Heinlein’s novel was really Iwo Jima and Okinawa in space.

Whether DARPA’s vision is prophetic or just premature remains to be seen.

Read the full DARPA report below: