‘I Love You Bro’: Soldier Killed In Afghanistan Left Behind Poignant Last Messages To An Old Army Buddy

A couple of days before his death in Afghanistan, an Army soldier from Anchorage texted a friend from his early... 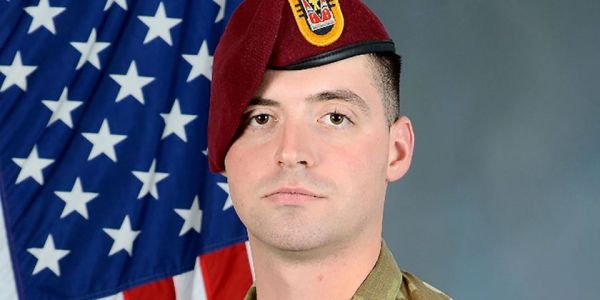 A couple of days before his death in Afghanistan, an Army soldier from Anchorage texted a friend from his early service days.

Brabander, 24, who grew up in Anchorage and Mat-Su, was a squad leader who deployed with his brigade to Afghanistan in September. He died Dec. 11 in a rollover crash in Nangarhar Province that was not related to combat, the military said. His family and friends don't know what caused the wreck. They are grieving for a young man lost so fast.

Stationed in Germany and temporarily on duty in Poland, Army Spc. Hernandez said he and Brabander texted and talked Saturday. Brabander said he was going to be in the field for a few days but didn't give details.

Promise me something, he asked Hernandez, who shared some of the conversation through Facebook Messenger. If something happens to me, will you get a tattoo — a rubber ducky tattoo?

Don't say that, Hernandez said. But he agreed. And he asked Brabander for something too.

“Promise me you'll be back safe,” Hernandez said. But Brabander didn't promise.

Soldiers are realistic that anything can happen anytime, Hernandez said. Brabander was an excellent soldier in great physical shape who was already a leader at a young age, his friend said.

Brabander had just one sibling, an older sister, Brittany Hunnings. They lost their mother when they were small children, she said. Their father raised them with help from grandparents and eventually remarried. His brother was part of a big, loving extended family, she said.

He loved to hunt, hike and go four-wheeling — loved to be outdoors, she said.

Brabander was deployed as part of Operation Freedom's Sentinel, which has a dual mission of counterterrorism and training and aiding Afghan security forces. He was an airborne infantryman in the 3rd Battalion, 509th Infantry Regiment, 4th Infantry Brigade Combat Team (Airborne), 25th Infantry Division.

“He really believed in the cause that he was fighting for,” Hunnings said. “He told me upon arriving at his destination that it was tragic to see the reality of what these people had been through and that he really believed he could help them.”

He had a message to the world, his sister said: “We are a people.”

Related: T&P;'s Coverage Of The War In Afghanistan »

He switched schools a few times in high school — went to Highland Academy charter school in Anchorage for most of his sophomore year, his sister said, and he attended other schools too. His senior year he enrolled at East High but ultimately dropped out, according to the Anchorage School District.

In March 2012, he enlisted in the Army in Anchorage. He soon was stationed in Hawaii. There he met Hernandez, who was older but still looked to Brabander for advice during a rough time in his own life.

“I was 23 and he was 19 at the time giving me some serious wisdom,” Hernandez said.

They developed a lasting friendship, he said.

In November 2015, Brabander was assigned to U.S. Army Alaska.

The military is investigating the crash.