Editor’s Note: This article by Gina Harkins originally appeared on Military.com, the premier source of information for the military and... 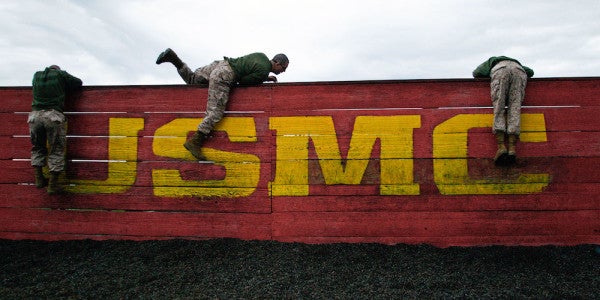 A Marine officer who was accused of sexually harassing multiple women could be forced to retire, even after a board and several investigations failed to substantiate any of the allegations.

Maj. David Cheek, who formerly served with the Marine Corps' behavioral health branch in Quantico, Virginia, faced a Board of Inquiry on Friday after two civilian employees accused him of displaying his erection through his clothing on multiple occasions. The complaints, which date back to 2013, prompted four investigations and the Board of Inquiry, none of which found conclusive evidence of sexual harassment.

The three colonels on Cheek's board recommended that the major, a prior-enlisted Marine who has served since 1992, be involuntary retired at his current rank — not over the harassment allegations, but “due to substandard performance of duty.”

Navy Secretary Richard Spencer will now decide whether that recommendation should be upheld.

The board's determination, first reported by USA Today, was made after Cheek was found to have failed to properly discharge the duties expected of an officer of his grade and failed to conform to prescribed standards of dress, weight, personal appearance or military deportment, according to officials with Marine Corps Combat Development Command.

“The board did not substantiate any specific allegations of misconduct; however, they found his overall performance below what is expected from an officer in the Marine Corps,” the officials added.

Cheek, who issued a statement to Military.com through his attorney, said he's thankful the board found the “disgusting and absurd allegations of misconduct” to be unsubstantiated for the fifth time. He called the last several years humiliating for him and his family, and said he has received no support from his command.

“As an African-American male, I have endured instances of bullying and harassment in my life, but I have never been subjected to this level of bullying and harassment,” Cheek said. “Despite the Board's recommendation, I am confident that the Secretary of the Navy's review of my record over the last 26-plus years will reflect that there is no basis for retirement for substandard performance.”

Brian Magee, Cheek's attorney, said the two are exploring options on how best to proceed.

“If there's a big-picture lesson learned here, and this is me speaking personally,” Magee said, “it's that it should scare the hell out of anyone that an allegation — even when unsubstantiated by four independent investigations and a board of three colonels — can absolutely wreak havoc on a person's life or career. But that's the environment that we live in.”

Despite the board not substantiating any claims of misconduct, Sherry Yetter, one of Cheek's accusers, told USA Today that she is happy the “very long five-year battle for justice was over.”

“The United States Marine Corps finally heard us,” she told the paper. “It's a victory for all victims.”

The harassment claims from Yetter and a second woman caught the attention of top Marine brass and members of Congress earlier this year after the two said they felt service leaders minimized their claims. That prompted a new investigation into the harassment allegations against Cheek.

When a preliminary inquiry into Yetter's claims was completed in October 2013, the investigating officer determined the conduct failed to meet the threshold of sexual harassment. Those allegations were then reviewed in 2015 by the inspector general of the Marine Corps, which didn't substantiate any of the allegations.

Meanwhile, Cheek had been selected for command and promotion to lieutenant colonel in August 2017, something Magee described as almost unheard of for an officer serving in an adjutant, or special staff, role.

“I think that speaks volumes to who he is as an officer,” Magee said. “His board recalled witnesses who've served with him in every capacity, from commanding officers and former supervisors to subordinates. There were male, female, civilian and uniformed, and the one word I would say came out consistently from all of them in describing him was 'professional.' “

Cheek will continue serving in his job on full-duty status with Training and Education Command at Quantico while his case proceeds, Magee said.

Cheek said he hopes leaders do “what is right and not just what is easiest due to external platform pressures.”

“Although it is difficult to maintain faith in the organization to which I have devoted 26 years of my life, I pray that the people who review the Board's recommendation will not cave to this continued bullying and harassment, but will make the right decision,” he said.