It cost up to $2.6 million a day for the National Guard to deploy in DC

The deployment of thousands of National Guard troops in response to protests on the streets of Washington, endorsed by President Donald Trump and much criticized by the city's mayor, cost the federal government $2.6 million per day at its peak, U.S. officials told Reuters 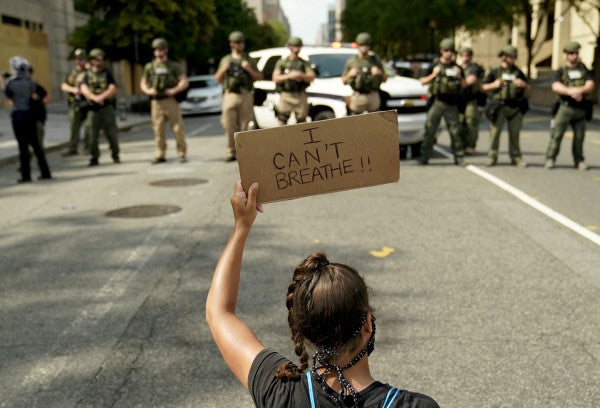 WASHINGTON (Reuters) – The deployment of thousands of National Guard troops in response to protests on the streets of Washington, endorsed by President Donald Trump and much criticized by the city's mayor, cost the federal government $2.6 million per day at its peak, U.S. officials told Reuters.

A Reuters analysis of National Guard data showed that over the course of a week starting June 1, the deployments cost about $14.5 million.

At the peak, about 1,200 D.C. National Guard troops and 3,900 from other states were sent to the capital to back law enforcement during demonstrations that erupted over the death of George Floyd, a 46-year-old black man who died in Minneapolis police custody after being pinned beneath a white officer’s knee for nearly nine minutes.

Blazes erupted near the White House on May 31 as protests flared up in the district.

Democratic U.S. Senator Chris Van Hollen called Trump's use of states' National Guard troops against people peacefully protesting “an affront to our Constitution” and an example of Republicans undermining the District of Columbia's right to self-governance.

“The Administration's use of taxpayer dollars to deploy National Guard troops and transfer active-duty military – and their refusal to provide details on these costs – is unacceptable,” the Maryland senator said in a statement to Reuters.

Van Hollen will be asking the Pentagon in coming days for a formal answer on how much the National Guard deployment cost, an aide said.

The Pentagon recommended that the National Guard be deployed instead of active-duty troops to halt the unrest, according to a senior U.S. official. It also called for neighboring states to deploy their Guards to the capital.

Two U.S. officials, speaking on the condition of anonymity, said it cost about $530 per Guard member, per day to be deployed.

It was unclear if this included the cost of transportation and whether the costs would have been incurred as part of annual Guard training anyway.

A spokeswoman for Washington Mayor Muriel Bowser said the district had not been involved with paying for the National Guard troops.

A third U.S. official said that the federal government had borne the cost of the deployments.

The National Guard in Washington, D.C., is the only one in the country that reports to the President, with the authority delegated to the Army secretary.

In a letter dated June 4 to Trump, Bowser formally requested the withdrawal of “all extraordinary federal law enforcement and military presence from Washington, D.C.”

All non-D.C. National Guard troops deployed to Washington were to leave the city by Wednesday.