Was Navy Commander Murdered Or Was It Self-Defense?

It was either a cold-blooded, calculated crime, or a concerned boyfriend defending his girlfriend from her drunken and abusive estranged... 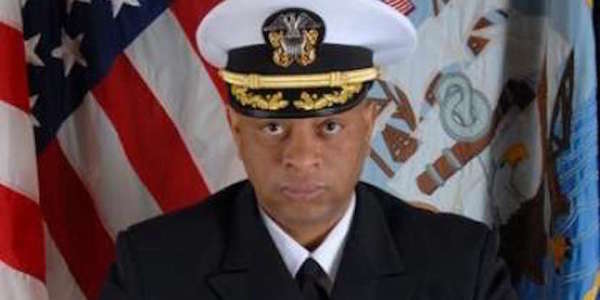 It was either a cold-blooded, calculated crime, or a concerned boyfriend defending his girlfriend from her drunken and abusive estranged husband.

It will be up to a Green Cove Springs jury to determine whether 44-year-old Navy Cmdr. Alphonso Doss’ 2014 death in an Orange Park hotel room was a murder or self-defense. The decision will likely determine whether Anthony Delane Washington, 31, spends the rest of his life in prison or walks out of this trial a free man.

Prosecutors say Washington and another man, Ronnie Wilson II, waited in Doss’ room at the Astoria Hotel for him to return and strangled him when he walked in.

The duo was working with Doss’ estranged wife, Yolinda Doss, who was having a sexual relationship with Washington, said Assistant State Attorney Bernie de la Rionda.

“They thought they had committed the perfect murder,” de la Rionda said. “No fingerprints and no DNA was found in that hotel room.”

It was Washington who actually strangled Doss, and the trio was so confident they’d get away with it that they ended up having a steak dinner that night at Yolinda Doss’ house, de la Rionda said.

But defense attorney Janis Warren said Washington and Wilson went to Doss’ hotel room to confront him over the abuse he was inflicting on Yolinda Doss, including physical abuse and threats to kill her.

The two got into a physical altercation with a drunken Doss but left believing he wasn’t hurt.

Warren said Washington had no intention of harming Doss and just wanted to warn him to stay away from Yolinda.

Doss also had serious problems with alcohol that had essentially ended his Navy career. He had been committed to a mental institution twice, once involuntarily via Florida’s Baker Act, Warren said.

Doss repeatedly called his wife and threatened her, and Washington heard some of those phone calls, Warren said.

The daughter of Alphonso and Yolinda Doss is expected to testify to the abuse her mother suffered at the hands of her father.

Doss got extra keys to her estranged husband’s hotel room and gave them to Washington and Wilson. The two then waited for Doss in his room while Yolinda Doss watched from across the street, de la Rionda said.

All three denied having anything to do with the killing, but surveillance video across the street shows Washington and Wilson at the hotel.

Washington denied having anything to do with the crime when first questioned but admitted months later that he had a physical altercation with Doss after police showed him the surveillance video and said his cellphone records suggested he was at the hotel about the time Doss died.

Washington said he got into a physical altercation with Doss, grabbed him by the throat and threw him to ground. But he left thinking Doss was not hurt.

Warren said two forensic pathologists will testify that Washington’s version of what happened is plausible.

The trial is expected to take several days. Trial dates for Wilson, 35, and Yolinda Doss, 47, have not yet been set.