Does Deadpool Promote Nazism? The Russian Government Seems To Think So

Russian comic-book publisher Komilfo said that it had removed the entire chapter from its Russian-language version of Deadpool Max, set for release on January 18, because Russia's consumer-protection agency concluded that it promotes extremism 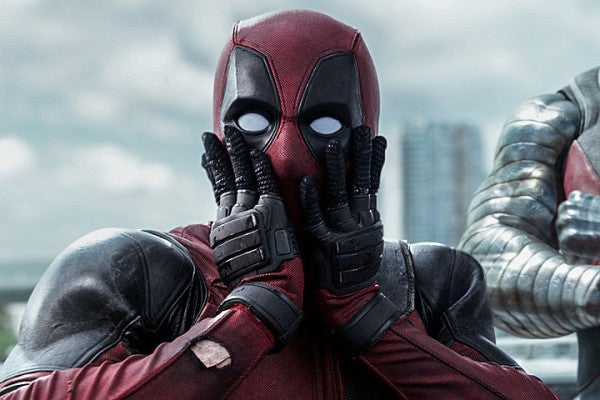 Deadpool Max, a comic-book installment of the superhero saga that stormed the U.S. box office, includes a chapter about the bungling superhero's face-off with Zemo, a white supremacist hellbent on repeating the Holocaust. Deadpool's adversary spouts radical anti-Semitic conspiracy theories on his way to the grave.

David Lapham, the author, follows the chapter up with a note of caution to his readers, explaining that the historical figures and events praised by Zemo — the Holocaust, Hitler, and the KKK — are deplorable. “I know you're all savvy readers who get sarcasm and satire,” Lapham writes.

On January 9, Russian comic-book publisher Komilfo said that it had removed the entire chapter from its Russian-language version of Deadpool Max, set for release on January 18, because Russia's consumer-protection agency concluded that it promotes extremism.

In a post on the Russian social network VK, Komilfo wrote that it was given two choices by the agency, Rospotrebnadzor: refrain from publishing the book in Russia, or accept the editorial changes proposed by the agency's experts.

On January 15, the daily Kommersant reported that psychologist Vali Engalichev had been commissioned by Rospotrebnadzor to assess Deadpool Max, and concluded that it advocates fascist and Nazi ideas and should be withheld from publication. The report was widely cited in the Russian media.

The problem is that Rospotrebnadzor, as it turns out, had nothing to do with the decision. According to Mikhail Bogdanov, Komilfo's director, the VK post from January 9 named the wrong agency: It was in fact Roskomnadzor, the media and communications watchdog, that had given the red light.

“It was a silly mistake,” Bogdanov told RFE/RL in a phone interview. However, he spoke out against the agency's assessment, adding that Lapham's note to readers had been included in full in the Russian version of Deadpool Max.

“In Russian legal terms even satire can be treated as propaganda,” Bogdanov said. “In our country there are certain legal lines that you can't cross.”

But some people felt otherwise. In response to Komilfo's post, a heated debate broke out among VK users in the comments section. While most appeared to denounce what they saw as censorship, others argued that the references made in the release were excessive.

“Let me put it this way: this third chapter is full of racism and suppression of different races, and there's fascism there too,” wrote Danya Korobov. “You're not missing out by not reading this chapter.”

For his part, Yury Kanner of the Russian Jewish Congress dismissed the Deadpool comic as satire and ridiculed Roskomnadzor's decision. Jokes should be allowed about “all kinds of things,” he told Kommersant. “We should not be prudes in the fine question of humor.”

Roskomnadzor did not immediately respond to phone calls and an e-mailed request for comment.

WATCH NEXT: Seriously, Deadpool Was A Sh*t Special Forces Soldier