"He was the only person I knew here," his wife said. "It still doesn't feel real." 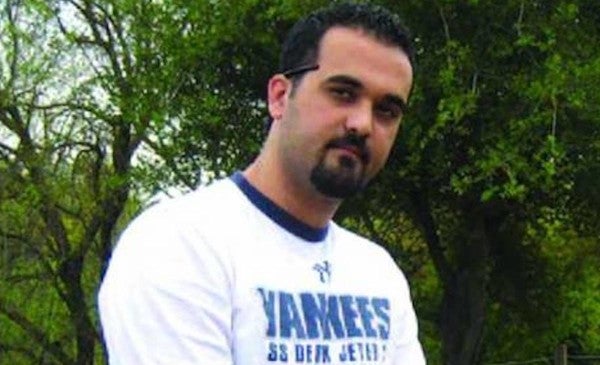 A U.S. defense contractor killed in Iraq in December — during a rocket attack that led to heightened tensions with Iran and the killing of a prominent Iranian military leader — was buried Saturday in Sacramento, the Sacramento Bee reported.

Nawres Waleed Hamid died Dec. 27 in the rocket strike on an Iraqi military base where he worked as a linguist, according to the Bee and wire service reports.

The United States blamed Kataib Hezbollah (the Hezbollah Brigades), a top paramilitary faction that is backed by Iran, for the attack that killed Hamid and responded by striking multiple positions of the group, killing some 25 people and wounding 51 others.

Two days after that airstrike, thousands of protesters aligned with an Iraqi paramilitary group stormed the compound of the U.S. Embassy in Baghdad on Dec. 31.

Hamid lived in a Sacramento suburb with his wife and two children, ages 2 and 8.

His wife, Noor Alkhalil, said in an interview with the Bee that she felt something was wrong when Hamid stopped responding to her phone messages. Soon, a representative from her husband's employer, Valiant Integrated Services, came to their home and told her that her husband had been killed.

“He was the only person I knew here,” Alkhalil said Tuesday. “It still doesn't feel real. It has been difficult to accept that he is no longer here.”

“We are deeply saddened by the tragic death of Nawres Hamid,” the company said. “Mr. Hamid was a consummate professional and highly committed member of the Valiant team who was cherished and valued by his colleagues. We offer our sincerest condolences to his family.”

A co-worker told the Washington Post that Hamid had worked in recent years as an Arabic interpreter for U.S. forces in Iraq and that he was known to decorate his living space with pictures of the children. He became a naturalized citizen in 2017, the Post reported.

His widow said in an interview with the Bee that she and her husband moved to the United States in 2011 while she was pregnant and that she planned to remain in California.

“What would I return to in Iraq?” Alkhalil said. “Now my focus is on my two children; they are my world.”