Federal prosecutors claimed the now-former president of a North Carolina-based defense contractor bilked the government out of more than $15.4... 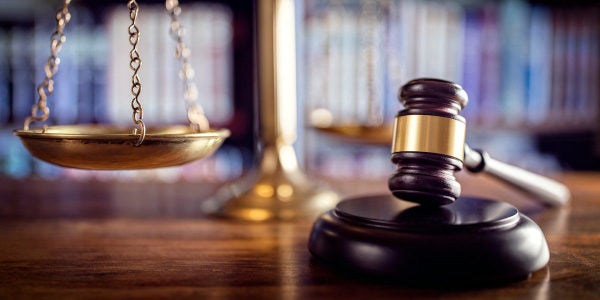 Federal prosecutors claimed the now-former president of a North Carolina-based defense contractor bilked the government out of more than $15.4 million. Accordingly, they wanted him locked up for 5 years in prison – the maximum allowed under a plea agreement.

Defense attorneys for Philip A. Mearing viewed the evidence a little differently, putting the loss at only about $870,000. They argued he deserved only 2½ years in prison.

In the end, however, U.S. District Judge Arenda L. Wright Allen sided with the government. She told the former head of Global Services Corp. in Fayetteville, N.C., he was lucky the government let him enter into the plea agreement.

“I think you have been given a huge gift by the government,” the judge said as Mearing’s wife and children cried behind him. She said she would have sentenced him to more time if she could.

The charge stems from two fraud schemes Mearing led. The primary scheme, prosecutors said, involved the theft of $13.6 million from about 2004 to about 2014.

According to court documents, Mearing worked with Kenneth Deines, a former Global Services executive, and Kenneth Bricker, who owned two firms in Newport News, to charge the government for work that was never performed.

Bricker’s companies submitted false bills to Global Services, which Deines and Mearing then passed on to the company that held the prime contract, court documents said.

Neither of Bricker’s companies, identified as Tempo Consulting Services and Bricker Property Management, performed any work or services, court documents said. They didn’t employ anyone either.

Bricker received more than $13.6 million in fraudulent payments but kept only about $558,0000, documents said. He transferred 95 percent of the money – more than $13 million – to Mearing or a company owned by Mearing.

In court Friday, Assistant U.S. Attorney Alan Salsbury noted that the underlying conspiracy stretched on for about a decade. He said it appeared the defendant viewed such fraud as business as usual.

“It was not aberrant behavior,” he said, arguing there was no reason for the court to give Mearing anything less than the maximum sentence. “It was how he conducted business.”

Mearing’s defense team disagreed. In court documents, they described Mearing as a “humble, decent, non-materialistic man who genuinely cares for his family and everyone around him.” They said Mearing was a selfmade person who helped turn around several businesses before joining Global Services in 2002.

The company, which was started five years earlier by his uncle, was on the brink of failure when Mearing was hired, the defense said. They claimed Mearing helped turn it into a well-respected business that handled more than $450 million in government contracts before his client’s eventual resignation earlier this year.

In court, attorneys Henry Asbill and Chuck James argued their client should not be penalized for the full $15.4 million. Looking at the primary $13.6 million fraud, they claimed Global Services only billed the U.S. government for $4.4 million of it. They accept that Mearing also double billed the government for an additional $1.8 million as part of a second fraud, bringing the total to $6.2 million.

But, they said, Mearing should receive credit for signed contracts that effectively locked Global Services into providing the government the equivalent of $5.4 million in office space – even if no lease was ever signed. They said that trimmed the actual loss to only $870,000.

Salsbury dismissed the argument as “voodoo economics.” He described the case as a “simple direct theft” and argued Mearing should be held accountable for it all.

The judge agreed, but ordered a second hearing for Dec. 12 for the two sides to argue more about how the money should be paid.

It is unclear how much Mearing still has in the bank to pay toward his restitution. The defense said Global Services has lost many of its contracts, and that as such his client lost tens of millions of dollars in equity.

During the sentencing, however, Asbill presented a signed check to the court for $870,304.20.

He hoped it would pay off the full amount. In light of the judge’s ruling, it is just a down payment.