The defense industry is ramping up production of masks and ventilators to fight COVID-19, but will it be fast enough?

The Defense Department has begun signing contracts with defense firms to ramp up production of ventilators and N95 respirator masks in short supply around the country, but the medical equipment may not reach hospitals before coronavirus cases peak in the next few weeks 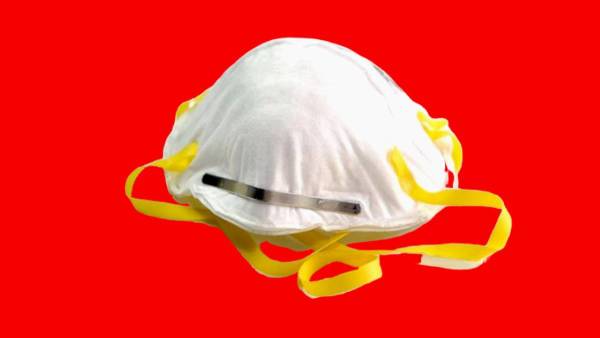 WASHINGTON — The Defense Department has begun signing contracts with defense firms to ramp up production of ventilators and N95 respirator masks in short supply around the country, but the medical equipment may not reach hospitals before coronavirus cases peak in the next few weeks, the Pentagon’s head of acquisition said.

“We will strive to do everything we can before June, but we have no data to address that now,” Under Secretary of Defense for Acquisition and Sustainment Ellen Lord said Tuesday at a media briefing at the Pentagon.

The hastened production is being managed under the Defense Production Act, a law that gives the president authority to protect critical national defense supplies by allowing him to prioritize contracts or provide loans, grants or other economic incentives to accelerate their production.

Through the DPA, the Department of Health and Human Services and the Federal Emergency Management Agency will identify what items are needed and then the Defense Department, through its vast connections with defense industries, will place and manage orders.

But only a few contracts have been executed so far.

Over the weekend, HHS signed a contract with five firms to produce N95 respirator masks, and the Defense Department, under its DPA authority, will now work with those vendors to be able to produce the masks quickly and in large quantities, Pentagon spokesman Air Force Lt. Col. Mike Andrews said.

Asked why the ramp-up for mask production was so late in coming, when the Pentagon had known about the severity of the pandemic for weeks, Lord said the Pentagon had not yet been directed by HHS or FEMA on what were the specific needs.

“This is all very new,” she said. “I know COVID has been here for several weeks, but this coordination at this level of detail just started on Friday.”

Likewise, the military’s top medic was questioned Tuesday as to why the Defense Department had not obtained more machines to process test kits for deployed forces and get a better picture of the virus’s spread among the military. Although the overall numbers among the 1.3 million active duty are still small, they are quickly climbing, from 49 coronavirus cases on March 18, to 227 on Wednesday.

It will be weeks to months before the machines will be available, said Air Force Brig. Gen. Paul Friedrichs, surgeon general for the Joint Chiefs of Staff.

“We’d love to have had it in January, but we didn’t know the virus was going to be this big of an issue in January,” Friedrichs said.

There were seemingly mixed messages coming from the White House earlier this week on whether the Defense Production Act had been used. President Donald Trump on Tuesday said he had not used it to compel increased production from private manufacturers, who he said are rising to the occasion on their own.

“This morning, Ford, 3M, and General Electric Healthcare are making tremendous numbers — they’ve already started — of respirators ventilators and face shields,” Trump told reporters. “They’re working together. We didn’t have to exercise or utilize the DPA in any way. The fact that we have it helps, but we didn’t have to. And for the most part, we won’t have to.”

Lord said it was possible the White House was talking about the broader use of the Act, not the provisions the Pentagon, FEMA and HHS were utilizing to address coronavirus medical supplies. “I think he is talking about broadly using DPA to, in fact, take over private industry. That’s what he has clearly said he is not going to do,” she said. “The White House is very judiciously looking through what segments of DPA they will use.”

Vice President Mike Pence also said the law had been invoked last week, and that FEMA had provided more than 8 million N95 masks and 14 million surgical masks as of Tuesday.

Trump said Saturday that he had invoked the DPA to provide his administration with “powerful new authorities to help states, cities, and hospitals procure needed supplies.” He also said Tuesday he had invoked the act as legal justification for an executive order prohibiting the hoarding of personal protective equipment.

The administration has come under criticism in recent days for not using the powers of the DPA, now being utilized by the Pentagon, to ramp up production of critical medical supplies.