‘We’re All Dirty’ — Inside The Navy’s Corpsman Cheating Scandal 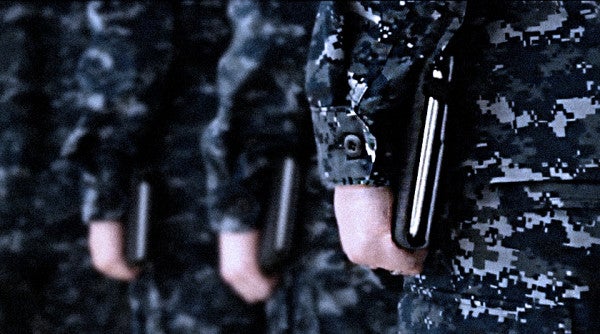 On Feb. 8, a student at the Navy Surface Warfare Medical Institute's independent duty corpsman school approached instructors with cell phone photos showing what appeared to be a test, answer key and handwritten cheat sheet of technical assistance visit scenarios — all the tools a student would need to ace the school's dermatology exam without doing the work.

The investigation that followed would reveal four separate schemes by student corpsmen to violate the school's honor code with various cheating techniques in 2015 and 2016.

In the aftermath, 31 sailors would be kicked out of the school and permanently banned from pursuing a career as an independent duty corpsman, 13 would be separated from the Navy, and two senior leaders would be fired for oversight failures.

According to documents obtained by Military.com through a public records request, the incident highlighted “systemic problems” and “widespread integrity issues” at the school. The documents also reveal the efforts of some to prevent students from reporting the cheating, as the honor code required, by intentionally exposing other students to illicit test aids.

“Make them all cheaters and we are all in this together!!!!!!” wrote one student in a text message exchange obtained by investigators. “If all dirty, no one will snitch,” another message read.

In the wake of the scandal, officials say they have made changes to more aggressively discourage cheating and underline the consequences.

“There have been changes to the instruction on the handling and storage of testing material that provide checklists, spot inspections and standardization that reflect best practices to date across Navy training commands,” Larry Coffey, a spokesman for Navy Medicine Education and Training Command, told Military.com. “We are leveraging technology to safeguard our testing material and standardized our testing centers.”

The command, he said, also updated its academic honor code policy to be more transparent, making clear that cheating would not be tolerated and that perpetrators would be subject to discipline.

According to the investigation, there were five independent duty corpsman students who primarily initiated and promoted the schemes, ultimately encouraging dozens of others to cheat. The names of all students were redacted, but the various schemes involved chief petty officers as well as more junior sailors.

In the Navy, the position of independent duty corpsman is one of significant authority. Held by corpsmen in ranks E-5 through E-7, the IDC is a medical subject matter expert who may provide care to as many as 300 crew members without direct supervision from a doctor while aboard ship, according to the Defense Department.

The first cheating scheme involved students making and distributing multiple lists of simulated patient scenarios — technical assistant visits or “TAV lists” — derived from previous classes. These lists, according to investigators, were used to pass exams and distributed to students in subsequent classes in an effort to silence potential whistleblowers.

At least 14 students were found to have one of these banned lists, the investigation found.

In the second scheme, a former Naval Undersea Medical Institute instructor and current IDC student obtained more than 23 actual exams and answer keys on topics ranging from gastrointestinal medicine to psychology. These were uploaded to a Google Drive account and shared with various students, who downloaded them.

Test materials were also distributed to students via their civilian email accounts, in attachments with names like “Awesomeness” and “Go By,” according to documents.

Text messages and testimony detailed in the investigation show members of this group, too, became paranoid, warning other students to refrain from “talking about fight club” and insisting that participants stay in “stealth mode” as they used the materials. More than five students participated in this ring.

The third scheme involved student chief petty officers, who exposed other students to illicit testing materials and encouraged more junior sailors to delete evidence after an investigation into cheating activities was launched. This scheme too, involved test aids and other materials on Google Drive that circulated among students.

Text exchanges show the pressure some of these more senior sailors put on others in the class.

“Deny everything to death and it will all work out,” a chief wrote to another sailor in a text. The chief also instructed the other student to delete incriminating emails, the investigation found. At least six sailors were in in this inner “circle” of cheaters, documents show.

Finally, a fourth scheme involved use of banned website Testmoz.com to distribute online practice exams. One student distributed emailed links to the site to a full class with a password to access class test materials and a warning to forward the links to personal email accounts before opening. At least nine students followed these instructions.

While the investigation turned up some evidence of fraternization — sexually explicit text messages between a former IDC instructor and a current female student, with indications the student leveraged the inappropriate relationship for academic assistance — investigators were ultimately unable to substantiate wrongdoing on the part of faculty members in the array of cheating schemes.

Taken together, the investigation paints a picture of a culture of cheating so persistent that indicators were sometimes blatant. On one exam, the class had an overall test average of 95.1 percent, and one student finished the 100-question exam in 16 minutes, 30 seconds, answering a question every 9.6 seconds and scoring 99 percent.

In one text message obtained by investigators, a student expresses concern to another that the high scores might attract attention.

“I told him that he f***ed up by getting 100 and he's like naw that's not suspicious,” the message read.

While no IDC instructors were determined to have willfully participated in the cheating schemes, investigators found leaders failed to appropriately safeguard test materials. And in one case, an instructor used an actual exam to prepare her students for their test.

“Leadership failed to implement an effective oversight of test review policy and practice by instructors and a consistently applied approval process of any student-created study documents,” investigators wrote.

Sometimes, students who cheated were simply disenrolled from a class and made available for orders, according to the investigation — the same procedure used for students who failed the class on academic merits or had to leave for personal reasons.

Navy officials announced in June that the Surface Warfare Medical Institute officer-in-charge and senior enlisted leader had been relieved from their posts for failure to “mitigate a command climate of pervasive cheating.”

In a statement to Military.com, NMETC spokesman Coffey said command leadership believes the problems identified in the cheating investigation have been addressed.

“We feel that training to our new instructions, which include self-assessments and spot inspections, will ensure sustainment and oversight to minimize misconduct and foster integrity and accountability,” he added.