A 52-year-old man with a violent history shot an arrow into the chest of a disabled Army veteran inside the western Wisconsin home they shared before stabbing him to "put him out of his misery," according to a murder charge filed Tuesday 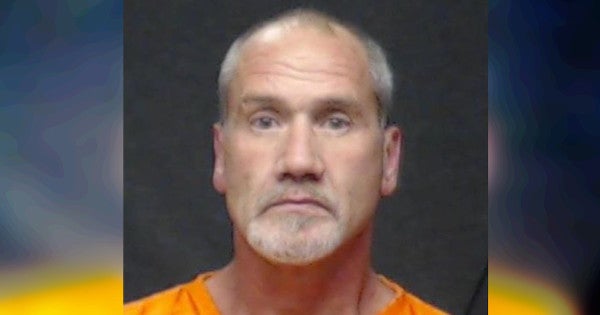 A 52-year-old man with a violent history shot an arrow into the chest of a disabled Army veteran inside the western Wisconsin home they shared before stabbing him to “put him out of his misery,” according to a murder charge filed Tuesday.

Richard W. Seehaver was charged in Dunn County District Court with first-degree intentional homicide, domestic abuse, being a repeat criminal offender and illegal use of a dangerous weapon. Seehaver remains jailed ahead of his first court appearance.

John M. Likeness, 54, whose military service took him to many war zones, was found dead on Dec. 30 in the home in Menomonie, a city roughly 45 miles from the Twin Cities' eastern suburbs.

Carrie Likeness, his niece, said her uncle was a distinguished Army veteran who served for 10 years until 1993 and became disabled while in the military. She said he used a mobility scooter to get around.

She said his deployments included missions in Panama, Grenada, Somalia, and the Desert Shield and Desert Storm campaigns in the Persian Gulf.

“John was proud to have served our country and although a disabled veteran, he spent this last year embracing independence while exploring the U.S. by railway,” the niece said.

According to the criminal complaint:

Officers responding to a 911 call arrived and saw through a window Likeness sitting in a recliner while Seehaver had his arms around his roommate's neck and wiping his victim's chest.

Seehaver left the home in bloodied clothes and was immediately detained. Police entered and saw Likeness in the chair with an arrow in his chest and a large wound under his jaw. A knife was on the floor next to the recliner.

Seehaver told investigators he had been living with Likeness for the past few months and had lived with him in nearby Cedar Falls as well. He made mention of alien beings and being associated with “an evil organization,” the court filing read.

He added that he felt sorry for Likeness and that he “?'put him out of his misery,'?” the charging document quoted Seehaver as saying.

Seehaver said he slashed Likeness with a butcher knife because he didn't believe the shot of the arrow from 10 to 12 yards away killed him.

He also admitted to using methamphetamine the day before killing Seehaver.

Carrie Likeness said her uncle “traveled with his mobility scooter, a few satchels, and his beloved companion dog, Sienna.”

“He was scouting for a new community to continue his independence,” Carrie Likeness said, “an affordable city with a veteran-friendly community and an accessible infrastructure accommodating to those with physical limitations.”

“John ultimately chose the familiar city of Menomonie, and it was there he purchased his first home in October 2018.”