Staff Sgt. Stevon A. Booker, who was killed protecting his platoon's flank, will receive the nation's second-highest award for valor in a ceremony in Pittsburgh on April 5 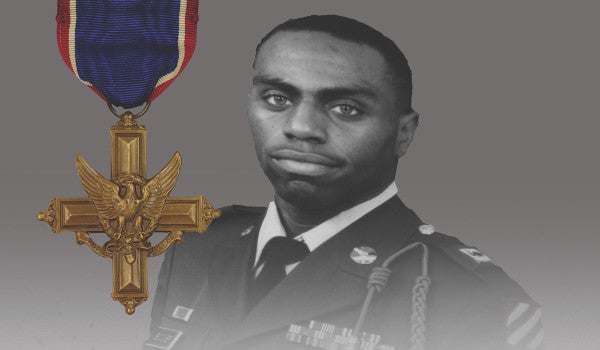 The U.S. Army has announced it will upgrade a former 3rd Infantry Division soldier's Silver Star to a Distinguished Service Cross for his bravery during the unit's “Thunder Run” attack on Baghdad, Iraq, in 2003.

Staff Sgt. Stevon A. Booker, who was killed protecting his platoon's flank, will receive the nation's second-highest award for valor in a ceremony in Pittsburgh on April 5, according to a Feb. 21 3rd Infantry Division press release.

Booker is
the latest soldier to have his Silver Star upgraded to a Distinguished Service Cross as the result of a comprehensive review of military awards and decorations at the direction of former Defense Secretary Ash Carter, the release states.

“Booker immediately reacted — communicated the situation to his chain-of-command, returned fire with his mounted machine gun and reassured his crew that they would make it to their objective,” according to the release. “When his crew machine gun malfunctioned, Booker completely disregarded his personal safety and took up an exposed prone position on the top of his tank.”

Under heavy enemy fire, Booker managed to destroy an enemy vehicle and “effectively protected his platoon's flank,” the release states.

“Booker continued to engage the enemy and protect his platoon while exposed for nearly five miles until he was fatally wounded,” according to the release.The Army is scheduled to present Booker's mother, Freddie M. Jackson, with his Distinguished Service Cross on April 5, the 16th anniversary of her son's death, the release states.

The Army also recently announced that it will
upgrade Sgt. Daniel E. Cowart's Silver Star to a DSC in a March 20 ceremony for the heroism he showed during a combat patrol in Iraq in 2007.

Cowart, a former member of the 1st Cavalry Division, is credited with wrestling a suicide bomber away from his three fellow soldiers before the bomb exploded. Cowart was severely wounded in the blast, but his actions saved the three soldiers' lives.

Maj. Thomas Gordon Bostick will also receive the Distinguished Service Cross in March, an upgrade from the posthumous Silver Star he was awarded for “sacrificing his life” to protect his 173rd Airborne Brigade soldiers during an enemy ambush in Afghanistan.