Four female patients from the U.S. Department of Veterans Affairs were sexually assaulted by a California physician who was arrested... 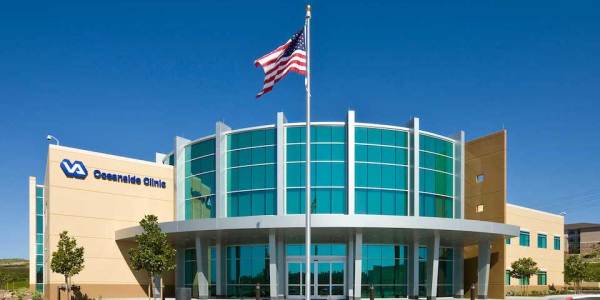 Four female patients from the U.S. Department of Veterans Affairs were sexually assaulted by a California physician who was arrested on Wednesday, authorities say.

Out on a $150,000 bond, Dr. Edgar Manzanera is slated to be arraigned on Wednesday afternoon in California Superior Court’s North County Regional Center in Vista on four separate felony counts of sexually penetrating the women with a foreign object.

A physician contracted by VA to review pension disability claims, Manzanera also is accused of violating the state’s professional code for health providers by allegedly making sexual contact with his patients.

“If there are any other potential victims, please contact the San Diego County District Attorney’s Office,” said deputy prosecutor Dan Owens during a telephone interview on Monday.

Manzanera did not return a Union-Tribune message left with a woman at his home on Monday.

The case was investigated by VA’s Office of Inspector General and the Medical Board of California following a sexual assault report made to the Oceanside Police Department nearly two years ago by a former servicewoman who had gone to VA to seek disability pension benefits.

Manzanera’s arrest came two days before one of his former patients filed a series of lawsuits in state and federal courts against the doctor, the VA and his former employer, QTC Medical Services.

The San Diego Union-Tribune does not name alleged victims of sexual assault. They’re identified in the criminal complaint as Jane Does 1, 2, 3 and 4.

The lawsuits filed in Vista and Arizona claim that Manzanera committed sexual battery against the plaintiff and falsely imprisoned her inside the QTC clinic at 2204 S. El Camino Real in Oceanside on June 15, 2016 while he was alone with her in his examination room.

Although there was no medical reason for her to get naked, Manzanera allegedly told the military veteran to take off her clothes and don a medical gown and lift it over her head for an examination, according to the complaint filed in California Superior Court.

“He then told her to hold her gown up higher; and then higher again until she was holding it so high that it was over her head, and she could not see what he was doing,” the complaint states.

The doctor’s actions allegedly scratched and bruised her, leading to severe physical and mental injuries that left her in pain, humiliated, sad, fearful and distressed, according to the lawsuit.

Assigned to Judge Jacqueline M. Stern, the lawsuit seeks unspecified monetary and punitive damages against both Manzanera and QTC. The Arizona case targets the Veterans Benefits Administration, part of the larger VA system.

Acquired in 2016 by defense contractor Leidos, QTC was awarded a $6.8 billion nationwide contract by the VA last August to handle disability exams for separating and retiring military members.

Although QTC employees in Oceanside said he no longer is employed there, the state’s Medical Board has yet to rule on his case.

The board lists his address as a post office box in San Luis Rey and indicates the physician and surgeon graduated from Guatemala’s Francisco Marroquin University Faculty of Medicine in 2008.

Neither California Medical Board nor VA officials returned messages from the Union-Tribune on Monday.