DoD Allowed Government Spending At Casinos And Strip Clubs, According To New Report

Some of the military employees who collectively charged more than $1 million to government credit cards at casinos and strip... 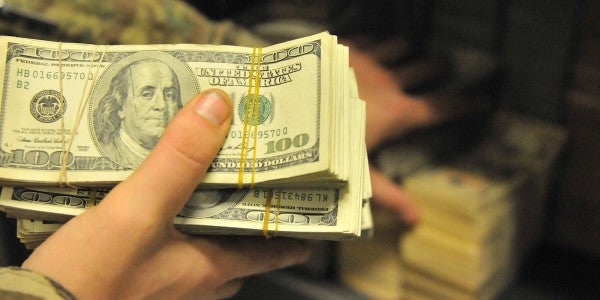 Some of the military employees who collectively charged more than $1 million to government credit cards at casinos and strip clubs weren’t held fully accountable by managers, and officials didn’t act appropriately to prevent national security vulnerabilities and further misuse, according to a new federal report.

The report, released Tuesday by the Defense Department Inspector General, followed up on an investigation of travel card misuse from July 2013 through June 2014. The follow-up report focused on 30 card-holders identified in the initial investigation as highest-risk spenders, examining what managers did to address the misspending.

The follow-up review found shortcomings in military travel management’s response to the problems identified in the initial investigation.

Supervisors failed in some cases to discipline personnel, prevent more misspending and sufficiently train employees on appropriate charge card use. Some employees weren’t offered help for gambling and financial problems that may have led to personal spending, and in two cases, supervisors failed to promptly report misuse to security clearance officials.

In the initial report, military management said taxpayers didn’t foot the bill for the improper spending because users are billed directly and pay out of pocket. They may then submit expenses for reimbursement.

But the follow-up review found that 22 of the 30 cardholders sought and received reimbursement totaling $8,544 for charges including lodging and meals on days employees weren’t traveling and ATM fee reimbursements associated with casinos and strip clubs.

An example in the follow-up report of management’s delayed reporting to security clearance officials was an Army sergeant first class, who, according to the initial report, spent $16,400 at Temecula’s Pechanga Resort and Casino between 2011 and 2014.

Supervisors didn’t report the misuse to security officials for almost a year after learning of it, and the employee had access to classified information during that time, according to the follow-up report.

In some cases, managers could or should have identified other misspending and didn’t, the report said. And sometimes misspending continued after managers were aware of the problems.

A Naval Special Warfare petty officer who was identified in the initial report as spending at least $1,100 at four adult establishments while traveling on business in Texas. He was counseled, trained and had to sign a new agreement for a government travel card during 17 days of government travel.

The follow-up review found that he misspent another $29. He was threatened with rank reduction or suspension, but the discipline was suspended for six months unless he broke military rules again. His case was not used in the follow-up report as an example of management failures.

IG investigators recommended that military branches revise policy to emphasize proper use of the travel card, and better specify what actions defense officials should take when misspending is identified.

The Deputy Assistant Secretary for Military Personnel Policy agreed with the recommendations but did not address to investigators’ satisfaction what specific policy changes defense officials would make.