The Defense Department on Tuesday denied it tried to quash a 2015 study that found it could save $125 billion... 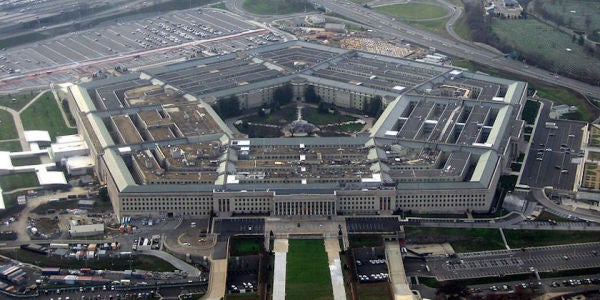 The Defense Department on Tuesday denied it tried to quash a 2015 study that found it could save $125 billion in noncombat administrative programs but admitted it has so far only found a small fraction of those savings.

The department hopes to save $7.9 billion during the next five years through recommendations in the study of back-office waste, which itself cost about $9 million to complete, the Defense Department’s acting deputy chief management officer told a House panel.

The study’s original findings as well as a perceived lack of action from the Defense Department riled members of the House Oversight and Government Reform Committee, which held the hearing on the fate of the report as President Donald Trump’s administration plans a $54 billion boost in defense spending by cutting other federal programs such as foreign aid.

“I think the one thing I would take unequivocal issue with is that the report was in any way suppressed,” said David Tillotson III, who is acting as the Defense Department deputy chief management officer. “It was actively discussed within the department at the time and it has formed the basis of discussion since that time.”

The study found more than one million Defense Department employees perform noncombat related work, such as human resources, finances, health care management and property management, and $125 billion could be saved by making those operations more efficient. The study was conducted by the Defense Business Board, an advisory body to the Pentagon, and included work by two contracted groups.

The saved money could be enough to fund 50 additional Army brigades or 10 Navy carrier strike group deployments, the Defense Business Board found.

So far, most of the projected $7.9 billion in savings will come from information technology purchases and services contracts, according to Tillotson.

He said finding more savings might be difficult due to the Pentagon’s long-running resistance to efficiency and audit efforts, and that lawmakers could help with legislation such as a new round of base realignments and closures to help the department shed excess and costly real estate.

“There is an internal challenge, that is our job, we will go fight those battles … and in some instances we are assisted by actions on The Hill,” he said.

The Washington Post reported in December that the Pentagon tried to shelve the findings because it feared Congress might use them to slash its budget.

At the time, the chairmen of the Senate and House armed services committees, Sen. John McCain, R-Ariz., and Rep. Mac Thornberry, R-Texas, said the report of $125 billion in potential waste was not surprising and both had been working for years to trim back the growth in headquarters staff, civilian workers and contractors.

Lawmakers on Tuesday wanted to know why the department has not used the report to find more savings.

“Did we waste $8-9 million dollars of the taxpayers’ money on a report on identifying waste in the Pentagon and if we didn’t waste it, what have been the savings that came out of this report,” said Rep. Jamie Raskin, D-Md.