U.S. servicemembers and their families are being subjected to heightened “scrutiny and harassment” while traveling to Russia, prompting officials to... 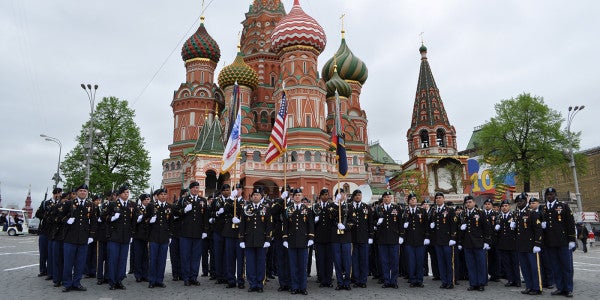 U.S. servicemembers and their families are being subjected to heightened “scrutiny and harassment” while traveling to Russia, prompting officials to urge the U.S. military community to avoid unofficial visits to the country.

In the past couple of months, DOD personnel and their families in the Kaiserslautern Military Community have experienced an increase in such treatment by Russian immigration and customs agents, the U.S. Army’s Kaiserslautern-based security office said in a message to staff on Tuesday.

Troops and family members who have experienced harassment while traveling to Russia must report cases to their local security office and the Kaiserslautern Military Intelligence Detachment, the office said.

Since Russia’s 2014 intervention in Ukraine, relations between Moscow and the West have plummeted to a post-Cold War low. Diplomatic staff members at the U.S. Embassy in Moscow have been targeted for harassment, and in June a staff member was assaulted near the embassy’s main entrance, prompting complaints from Washington.

More recently, tensions have ratcheted up after the U.S. imposed new sanctions on Russia, with Moscow ordering more than 700 U.S. diplomatic personnel out of the country in retaliation.

The Army referred personnel to a standing U.S. State Department cautionary message for Defense Department members that advises travelers to consider the “current political-military environment” when planning unofficial travel to the Russian Federation. It said that the defense attache office in Moscow recommends avoiding such travel except for family emergencies until further notice.