A disabled Marine vet was arrested for using a handicapped parking space. He sued the US government and won

A disabled U.S. Marines veteran has received a $250,000 settlement from the U.S. government after a national park park ranger allegedly used excessive force to arrest him over the use of a handicapped parking space 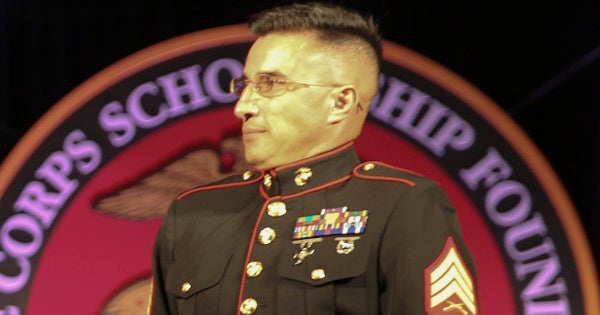 A disabled U.S. Marines veteran has received a $250,000 settlement from the U.S. government after a national park park ranger allegedly used excessive force to arrest him over the use of a handicapped parking space.

Dominic Esquibel of San Diego sued the Department of Interior and the National Park Service, among others, for assault, false arrest and false imprisonment over the 2012 incident at Sequoia National Park east of Fresno, California. The civil rights case was scheduled to go to trial last week in U.S. District Court but was recently settled.

Esquibel, who received the Navy Cross for heroism during Operation Iraqi Freedom, was satisfied with the settlement, said his Fresno attorney, Nicholas “Butch” Wagner.

“He feels vindicated,” Wagner said. “And he is glad this is over.”

“He was having trouble sleeping and his condition was getting worse,” Wagner said.

Esquibel's troubles began Dec. 22, 2012, when he and his family were visiting Sequoia National Park. As they entered the gate, a park employee (not named in court papers) asked him to wait at the entrance until traffic thinned out.

Esquibel parked in a nearby handicap space so he could use the restroom while the line of traffic went down. He placed his handicap placard on his rear-view mirror and began walking from his vehicle when the park employee at the entrance booth yelled at him: “You can't park there.”

When he said he was disabled, the park employee replied: “I can see that you're not,” the lawsuit states. The park employee called a park ranger, who arrived a short time later and began questioning Esquibel.

Court records show that the park employee later admitted to trying to stop Esquibel because she wanted to save the parking space for a co-worker who was coming to replace her at the end of her shift.