"There's still a lot more that we need to talk about what it means to actually end the war." 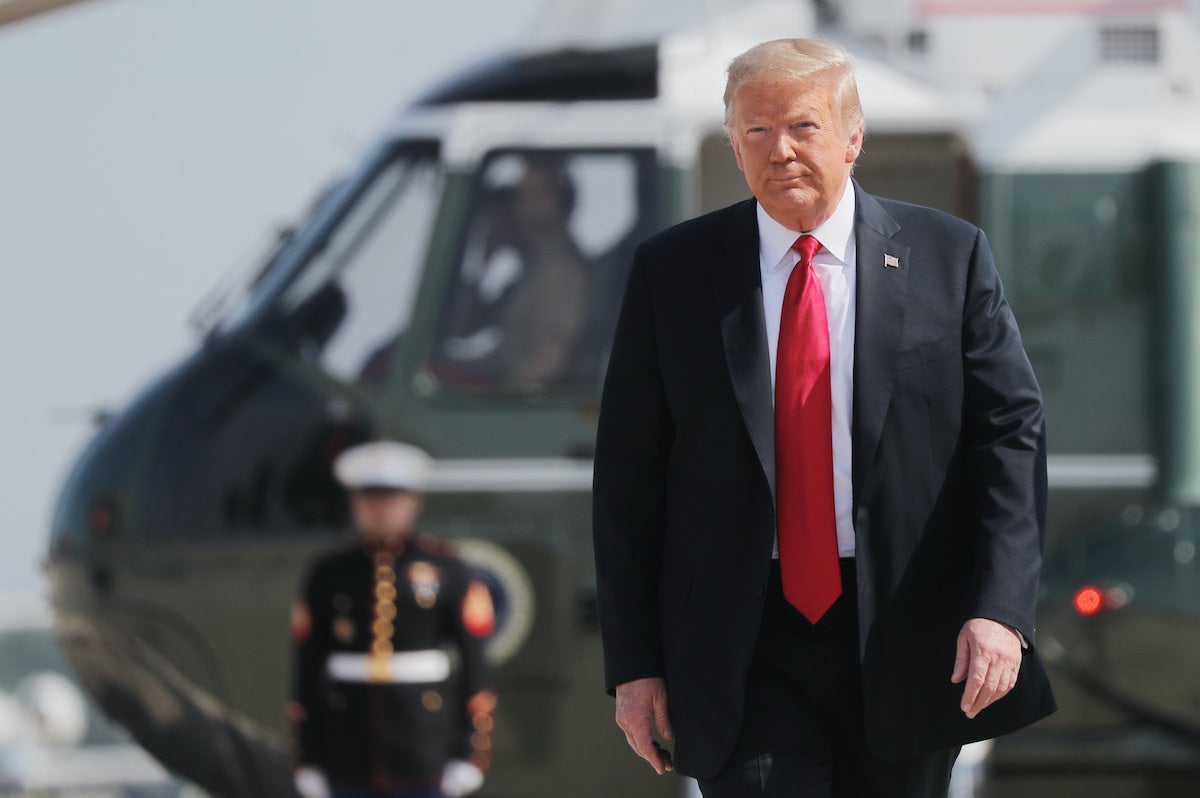 The US military announced this week that it would reduce troop levels in Iraq and Afghanistan before November, as President Donald Trump seeks to fulfill a 2016 campaign pledge before this year's election.

Trump's scramble to keep that promise reflects its favorability among his base and the public at large. But the policies the president and other politicians have actually pursued suggest there will be resistance to fully withdrawing.

Marine Corps Gen. Frank McKenzie, who oversees military operations in the Middle East, said Wednesday that by November troop levels in Iraq would fall from about 5,200 to about 3,000 and those in Afghanistan would fall to 4,500. (Reports that Trump wanted to further reduce the 8,600 troops in Afghanistan emerged earlier this year.)

McKenzie said the administration was confident that US-trained security forces could handle the threat posed by ISIS in Iraq and that the US military would still be able to accomplish its “core tasks” in Afghanistan.

Trump vowed during his campaign and throughout his term to avoid “the failed policies of the past” and end “endless wars.”

“It's absolutely the case that he campaigned in 2016 on ending wars. It's definitely a popular sentiment among veterans and military families, which was and is … part of Trump's base,” said Erica Fein, advocacy director at Win Without War, which promotes progressive national-security policies.

Polling has shown that the public in general and veterans specifically no longer see the wars in Iraq and Afghanistan as worth their costs.

Surveys also show that the public and veterans favor bringing troops home. A poll commissioned by the libertarian Charles Koch Institute in late July, for instance, found 74% and 76% of respondents supported pulling out of those countries.

“In poll after poll, you see broad-based majority support for ending US conflicts abroad, for ending endless war, and you see the public definitely opposing new military conflicts, and that's definitely most notable with Iran,” Fein said in an interview Friday.

Despite his campaign promises, Trump has deployed thousands more troops to the Middle East during his time in office, including to Iraq and Afghanistan, reversing reductions by the Obama administration.

But the number of personnel in those countries has been declining, and ongoing withdrawals, as well as McKenzie's recent announcements, reflect a key shift, according to Daniel L. Davis, a retired Army lieutenant colonel and senior fellow at Defense Priorities, a think tank that advocates restraint in US foreign policy.

“I think it probably is not coincidental that you have seen some recent polling come out that the American public is increasingly opposed to these forever wars,” Davis said on a conference call Thursday. “I think he's very aware of what the voters think, and those are some of the voters who put him in power in 2016, and he sees that they've moved even further away from wanting these forever wars.”

'The proof is in the pudding'

Trump's rhetoric against “endless wars” and more recent broadsides against the military-industrial complex haven't been reflected in his policies.

In addition to promoting arms deals, Trump has touted an expanded defense budget. Moreover, many positions in the Pentagon are now held by former defense industry executives and lobbyists — including the current defense secretary.

Trump has also presided over increasing airstrikes and drone strikes in Africa and the Middle East, killing more civilians in the process. Trump's assassination of Iranian Gen. Qassem Soleimani brought the US to the brink of war with Iran — only one of the countries Trump has confronted during his time in office.

While withdrawal announcements and potential personnel appointments are welcome, “we have to look at what's actually happened … and in terms of what's actually happened, it's impossible to say that this administration has been characterized” by restraint in foreign policy, Ben Friedman, policy director at Defense Priorities, said Thursday.

Those trends and other factors mark skepticism that troop levels or combat operations overseas will be drawn down or eliminated in the near future.

Trump has yet to reduce the total number of troops in the Middle East, “nor has he ended any wars, so the proof is in the pudding,” Friedman said.

“In Iraq, it's only recently that Trump has shown any interest in reducing force levels,” Friedman added, noting that Trump said in late 2018 he'd remove US troops from Syria but reversed course after backlash. Some 200 US troops are still there on a deployment is drawing increasing criticism.

There is also resistance elsewhere to ending US involvement in Iraq and Afghanistan after two decades of fighting.

“The military has made clear that they want a permanent small footprint in Iraq for various reasons, from counter-[ISIS] operations but also a counter-Iran presence,” Fein said.

The military's lack of transparency about its operations, including troop levels, airstrikes, and civilian casualties, has also been widely perceived as a hindrance to debate about those wars.

“I think that Congress, though, has really fallen down on its responsibility to demand that transparency,” Fein said. “It's really on Congress to be demanding more information from the military.”

In the case of Afghanistan, Congress has also balked at a full withdrawal; an amendment blocking Trump's ability to pull out was included in the House version of the annual National Defense Authorization Act with bipartisan support.

A Joe Biden presidency may not bring drastic change.

The former vice president said this week that he wouldn't promise a full withdrawal from Syria, Afghanistan, and Iraq and that he may increase defense spending in the future.

Ending the war in Afghanistan would require not only withdrawing US troops but pulling out contractors and members of the US intelligence community as well as ending US support for other fighters there, Fein said.

“I think that it's really unclear whether Trump will be able to follow through on his promise to end the war in Afghanistan, even if he were to bring US military forces home,” Fein added. “There's still a lot more that we need to talk about what it means to actually end the war.”