A helicopter crew came to the rescue of stranded fishermen, and a camera captured the dramatic moments off the North Carolina shore 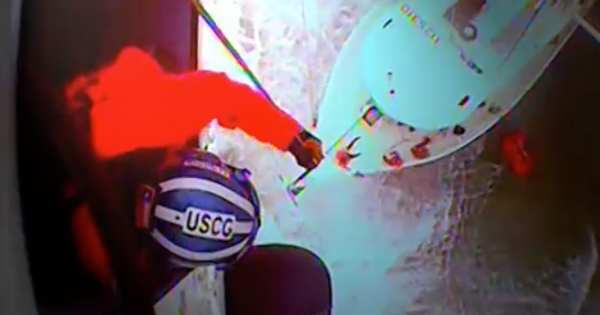 A helicopter crew came to the rescue of stranded fishermen, and a camera captured the dramatic moments off the North Carolina shore.

Four people were on a fishing vessel when it had mechanical issues, the U.S. Coast Guard said Monday in a news release.

A photo shows the 88-foot vessel in shallow water while another shows a wave crashing against its side.

The Coast Guard says the boat ran “aground,” which means it was on “shore or the bottom of a body of water,” according to Merriam-Webster.

A fisherman put out a distress call, prompting a response from the Coast Guard, the military branch said.

Officials sent a boat and helicopter to Browns Inlet, a coastal area near the U.S. Marine Corps base at Camp Lejeune and roughly 75 miles northeast of Wilmington.

The Coast Guard says it found the fishing boat and lifted everyone on board to safety.

Video shows fishermen suspended in the air as they're hoisted toward the helicopter.

No one was hurt, and the rescued crew was taken to a Coast Guard station in nearby Emerald Isle, according to the military.