Opening statements in the trial of the former commander of Guantanamo Naval Base got off to a dramatic start Tuesday, with both sides describing a drunken brawl, an affair and the subsequent death of civilian contractor Christopher Matthew Tur in 2015 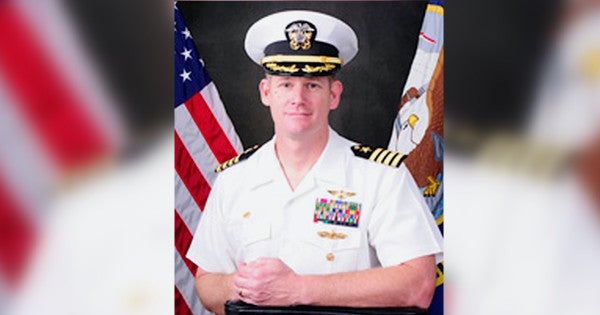 Opening statements in the trial of the former commander of Guantanamo Naval Base got off to a dramatic start Tuesday, with both sides describing a drunken brawl, an affair and the subsequent death of civilian contractor Christopher Matthew Tur in 2015.

Jurors listened intently as federal prosecutor Todd Gee described what he called a criminal effort by former Capt. John Robert “J.R.” Nettleton to conceal the incident, stonewall the search for Tur and deceive Navy investigators about the 42-year-old's final hours.

“He kept it quiet to protect himself,” Gee argued.

Though Nettleton's actions delayed the investigation, Gee told jurors Tur's death is not the focus of the case.

“That is not what this trial is about, and it is not a mystery that will be solved in this courtroom,” Gee said.

Instead he said the focus will be “over a dozen false and misleading statements” Nettleton, 54, made to investigators and his Navy bosses. Nettleton pleaded not guilty to 10 counts of various obstruction-of-justice charges.

Nettleton's attorney Terence Lenemon countered that Nettleton did not deliberately deceive anyone. He said Nettleton chose not to disclose his fistfight with Tur because it was an incident “between two Marines” and “something between two men.” He said Tur had a history of depression and suicide attempts, as well as domestic violence, and that knowledge of those things also played into Nettleton's decision-making process.

“When you listen to all the evidence and put it all together, it's going to be crystal clear that he never obstructed justice, that he did not give material false statements and that he is not guilty of these charges,” Lenemon said.

The first witness called in the case was the former public information officer at Guantanamo Naval Base, Kelly Wirffel. She described a night of heavy drinking at a “Hail and Farewell” party that preceded Tur's disappearance. She said Tur and wife Lara fought and that he accused her of having an affair with Nettleton.

“How does it feel to f— my wife?” Wirffel said Tur screamed at Nettleton. “She's nothing but a whore.”

Wirffel said Tur's wife retorted, “I hate you, you need to kill yourself.”

In less dramatic moments Tuesday, a last-minute change in the jury's makeup made it even more female and more aligned with the military.

After one juror, a naturalized U.S. citizen, expressed concern about his English skills, District Judge Timothy Corrigan and lawyers for both sides agreed to swap him with one of the four alternates. The resulting jury is now composed of 11 women, nine of whom have either served or has a close family member who served in some branch of the military.

Corrigan addressed what he called “high feelings” about the case. Addressing family members of Tur and Nettleton in the courtroom, he said “everyone is welcome in the courtroom” but urged them to keep their emotions in check.

“People feel strongly about it and I certainly understand it,” Corrigan said but noted “we have to have a certain decorum. I'm confident that I will be the case and I will appreciate your cooperation in that regard.”