Drug Abuse And Mental Illness On The Rise Among Vets, New Report Finds 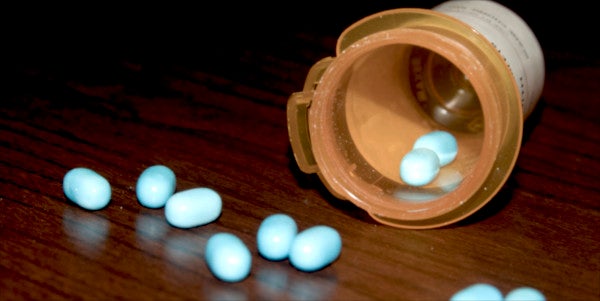 The number of Department of Veterans Affairs patients with diagnosed mental health or substance abuse issues increased between 2001 and 2014, according to a report on veteran suicide newly released by the VA.

Between 2001 and 2014, the rate of mental health disorders and substance abuse disorders climbed from 27 percent to 40 percent, the Aug. 3 report states.

Data on mental health and substance abuse were examined as part of the study, officials wrote, because those diseases are connected with a higher risk of suicide. But the study also found that the suicide rate among VA patients with those disorders decreased from 77.6 per 100,000 to 57 between 2001 and 2014 despite that correlation.

The report, the most comprehensive study yet on veteran suicide, is based on a review of Defense Department records, records from each state and data from the Centers for Disease Control, VA officials said. Highlights from the report were released in early July.

“The effort advances VA's knowledge from the previous report in 2012, which was primarily limited to information on Veterans who used [Veterans Health Administration] health services or from mortality records obtained directly from 20 states and approximately 3 million records,” VA officials said in a release.

Among early released findings was the conclusion that an average of 20 veterans take their lives each day, and that 65 percent of all veterans who committed suicide in 2014 were over age 50.

Veterans, the report says, accounted for 18 percent of all suicide deaths among U.S. adults, down from 22 percent in 2010. The risk of suicide is 21 percent greater for veterans than for the U.S. civilian population, it says.

Among a laundry list of actions the VA says it is taking to address the veteran suicide issue are expanding the Veterans Crisis Line, “predictive modeling” to determine which veterans are most at risk for suicide and “ensuring same-day access for Veterans with urgent mental health needs at over 1,000 points of care by the end of calendar year 2016,” it said in a release.

The full report can be found here.