A Navy sailor who works at Naval Air Station Oceana in Virginia Beach, Va. is under investigation for a “suspicious” fire... 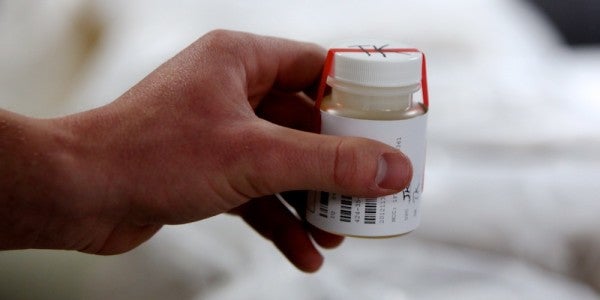 A Navy sailor who works at Naval Air Station Oceana in Virginia Beach, Va. is under investigation for a “suspicious” fire that destroyed up to 900 urinalysis samples and records, The Virginian-Pilot reports.

Investigators say a large metal cage locker that housed the samples was “intentionally” set on fire with gasoline on May 1, the same day the sailor's unit initiated a full drug test for its members, according to an affidavit filed Aug. 15.

Investigators obtained a search warrant for the sailor's cell phone records, according to Associated Press. Here's more from The Pilot:

An investigation revealed that the sailor spent $5.23 for gasoline at a Norfolk 7-Eleven around 4:45 p.m. May 1, and his vehicle was captured on an Oceana gate surveillance camera entering the base at 7:30 p.m., according to court documents. The vehicle left at 8:56 p.m – nine minutes after a fire alarm was received.

The sailor was scheduled to be on leave from 3:30 p.m. that day through May 5, but told a co-worker he forgot something in his locker and returned to get it around 6 p.m. When the urinalysis was announced, the sailor added a day to his leave and did not return to work until May 8.

Witnesses also told NCIS a duty stander was the last person to lock up and leave the workspace that day at 3:30 p.m.

A Naval Criminal Investigative Service spokesman told the AP no one has yet been charged in the case.