Days after Rep. Duncan Hunter pleaded guilty to a federal felony related to a yearslong campaign finance scandal, he has finally stated explicitly that he will resign from his congressional seat before the end of his term 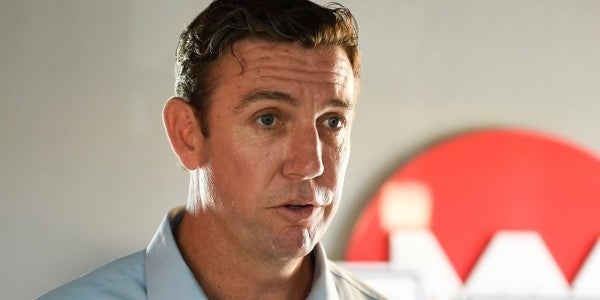 SAN DIEGO — Days after Rep. Duncan Hunter pleaded guilty to a federal felony related to a yearslong campaign finance scandal, he has finally stated explicitly that he will resign from his congressional seat before the end of his term.

“Shortly after the holidays I will resign from Congress,” Hunter, R-Calif., in a statement. “It has been an honor to serve the people of California's 50th District, and I greatly appreciate the trust they have put in me over these last 11 years.”

Hunter's decision comes a day after the House Ethics Committee threatened disciplinary action against Hunter if he continued to violate House rules and cast votes in light of him pleading guilty to a federal crime that could carry more than a two-year prison sentence. Hunter had also already lost the ability to serve on any congressional committees.

With Hunter's announcement, eyes now turn toward California Gov. Gavin Newsom to decide what to do about Hunter's soon to be vacant congressional seat.

Since Hunter's resignation will come after Dec. 6, the Democratic governor will have the option of leaving the seat vacant until after the November 2020 general election.

Although there is not necessarily a hard and set deadline for when Newsom would be able to consolidate the election with March primary, the San Diego County Registrar of Voters is requesting that the courts settle any dispute over ballot language before the end of December in order to not negatively impact their ability to conduct the election.

Hunter was indicted in 2018 on 60 federal charges that he stole $250,000 of campaign money and used it for family vacations, groceries, extramarital affairs and other non-campaign uses. This week he pleaded guilty to a single count of conspiracy to convert campaign funds to personal use.