Physical fitness tests were briefly suspended earlier this week and outdoor cardio testing will be curtailed for the remainder of the summer at Eglin Air Force Base, Florida, after an airman died Saturday. She had completed her PT test on Friday 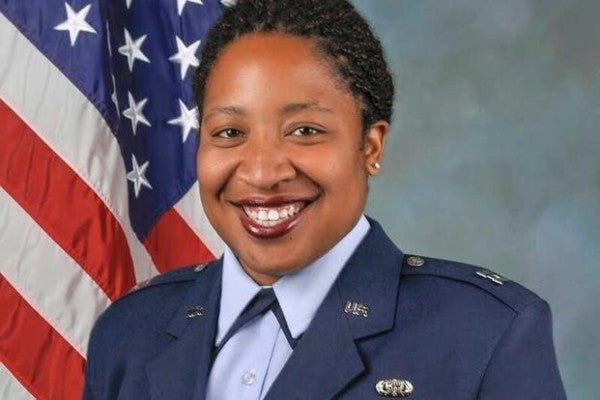 Physical fitness tests were briefly suspended earlier this week and outdoor cardio testing will be curtailed for the remainder of the summer at Eglin Air Force Base, Florida, after an airman died Aug. 17. She had completed her PT test on Aug. 16.

Capt. Tranay Lashawn Tanner, 29, was transported to the Eglin Hospital at 8:30 a.m. Aug. 16 with health complications, according to a base news release. Tanner, assigned to the Air Force Operational Test and Evaluation Center (AFOTEC), Detachment 2, was later moved to the Fort Walton Medical Center due to the “serious nature of her condition.” She died at 1:30 a.m. Aug. 17.

“We suspended fitness testing operations on Monday for a brief period of time, less than one day,” Ilka Cole, a base spokeswoman, said Thursday.

Cole said normal fitness testing operations have resumed, with a slight variation: The 9 a.m. testing schedule will no longer include outdoor cardio — the run or walk. That portion will be left off the test until Oct. 1. The run/walk will still be done during the 5 a.m. and 7 a.m. time slots, she said.

Testing for the indoor components — the waist measurement, push-ups and sit-ups — will remain the same, Cole said.

Tanner's cause of death has not been determined. “That investigation is ongoing,” Cole said.

“I am deeply saddened over Tranay's death,” said Lt. Col. Timothy Stevens, AFOTEC commander, in the release. “The pain of her absence has touched each and every one of us. Our thoughts and prayers are with Tranay's family, her friends and our fellow airmen during this difficult time.”

Col. Derek O'Malley, commander of Shaw's 20th Fighter Wing, ordered the PT test stand-down and an investigation into any potential connections between the deaths of Senior Airman Amalia Joseph, 32, and Senior Airman Aaron Hall, 30. Both died a few days after suffering health complications during the run portion of the test.

Joseph died May 26 and Hall on June 1. Both airmen were assigned to the 20th Component Maintenance Squadron, Shaw officials said in a statement.

Officials resumed the test at Shaw weeks later. Investigations into their deaths have not yet been released.

UPDATE: This story was updated on Aug. 26 to clarify when Tanner was hospitalized and died.