Elderly Veteran Rescued After 4 Years As A Hostage

After four years as a hostage in an Orange County, New York motel, 86-year-old Marine Corps veteran David McClellan was... 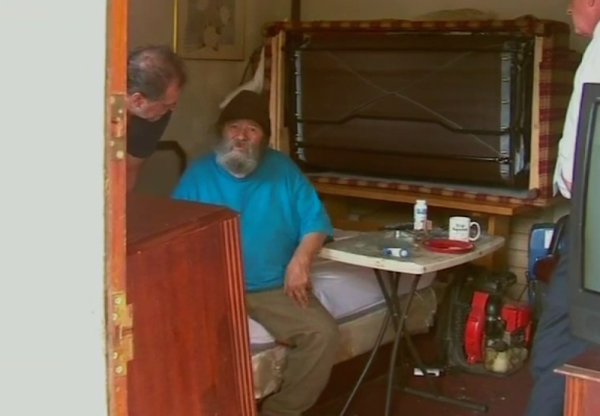 After four years as a hostage in an Orange County, New York motel, 86-year-old Marine Corps veteran David McClellan was rescued by police on July 19.

According to authorities, McClellan spent those years in a shabby motel room full of smashed flower pots and stacked furniture, as he was held captive by Perry Cogliano, a 35-year-old who occupied the room next door.

Cogliano was reportedly using McClellan to steal his social security, food stamps, and pension checks. He did not bathe or clothe him, and allegedly beat him.

“We believe [McClellan] is the recipient of a tremendous amount of money on a monthly basis,” Chief Jack Quinn of the Highland Police Department told ABC 7 News.

Because McClellan has an advanced form of dementia, he thought he had only been hostage a few days, not years. After being checked out at a hospital, New York adult services will provide him with a new, safe home.