Top officials of the Department of Veterans Affairs declined to step in to try to exempt veterans and their families from a new immigration rule that would make it far easier to deny green cards to low-income immigrants, according to documents obtained by ProPublica under a Freedom of Information Act request 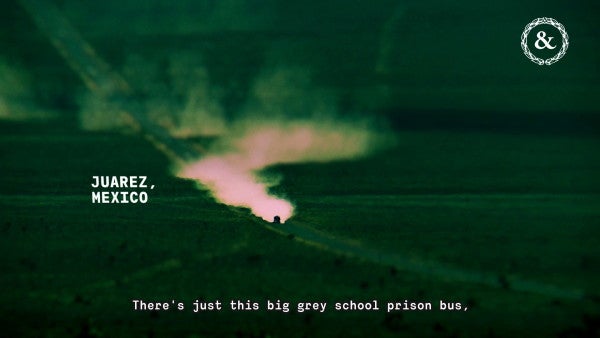 Top officials of the Department of Veterans Affairs declined to step in to try to exempt veterans and their families from a new immigration rule that would make it far easier to deny green cards to low-income immigrants, according to documents obtained by ProPublica under a Freedom of Information Act request.

The Department of Defense, on the other hand, worked throughout 2018 to minimize the new policy's impact on military families.

As a result, the regulation, which goes into effect in October, applies just as strictly to veterans and their families as it does to the broader public, while active-duty members of the military and reserve forces face a relaxed version of the rule.

Under the so-called public charge regulation, which became final last week, immigrants seeking permanent legal status in the U.S. will be subject to a complex new test to determine if they will rely on public benefits. Among the factors that immigration officers will consider are whether the applicant has frequently used public benefits in the past, their household income, education level and credit scores.

Active-duty military members can accept public benefits without jeopardizing their future immigration status; veterans and their families, however, cannot.

The rule, which could reshape the face of legal immigration to the U.S., is one of the highest-profile changes to the immigration system undertaken by the administration of President Donald Trump. An initial proposed version of the rule received over 266,000 public comments, the vast majority in opposition. Three lawsuits challenging the policy were quickly filed: one by a coalition of 13 states and filed in Washington state, one by San Francisco and Santa Clara County in California, and one by a coalition of nonprofit groups in California.

Because the new rule creates a complex and subjective test, it's impossible to predict precisely how many veterans and their families who otherwise qualify for green cards will now be rejected. (The Department of Homeland Security told reporters last Monday that it hasn't analyzed how many people would most likely be denied green cards under the new rule.)

However, documents tracking the regulation's development show that the DOD was concerned enough that the rule would harm military families that it worked with DHS to limit the regulation, ultimately securing the benefits exemption for active-duty military members.

The reasons for the VA's inaction are unclear. The agency referred all questions to the White House, which did not respond to a request for comment. During the six months officials had to weigh in on the new regulation, the VA lacked permanent leaders in several top positions while juggling several major initiatives, which fell
behindschedule or failed.

“They should be the foremost government agency that's fighting for protections for veterans,” said Jeremy Butler, chief executive officer of the Iraq and Afghanistan Veterans of America. “If they have a 'No Comment,' that says to me that it wasn't given the time and attention and research necessary to understand how it would affect the veteran community.”

Sen. Sherrod Brown, D-Ohio, who sits on the Senate Veterans' Affairs Committee, said in a statement to ProPublica, “It's despicable that the Trump Administration is punishing veterans who sacrificed for our country simply for using the support services they've earned.”

He added, “Instead of tearing down military families, the President should be working to support those who've done so much for our country.”

In practice, the exemption the DOD won for active-duty military members is a narrow one. While the frequent use of public benefits is a “heavily weighted negative factor” in determining whether to block an immigrant under the new rule, members of the military and their families are still subject to the other factors weighed by immigration officers when applying for green cards.

But narrow as it is, no such exemption exists for veterans and their families, so using public benefits — as well as other factors like having meager savings — will count against them if they or their families apply for green cards.

“If they care about the active-duty people, I don't know why they don't care about military veterans who aren't doing very well,” said Margaret Stock, an immigration attorney with many military clients. Stock helped create a special program called Military Accessions Vital to the National Interest, or MAVNI, which created a pathway for military enlistment for refugees, undocumented young people, foreign students and others who lack green cards.

A spokeswoman for U.S. Citizenship and Immigration Services, the DHS agency that is implementing the rule, declined to comment, citing pending litigation.

The new policy is a signature effort of the Trump administration and builds on a long-standing law that bars immigration by people deemed to be “public charges.” But the law does not define the term. In 1999, the Clinton administration narrowly defined it to mean someone who “primarily” depends on the government for subsistence, either through cash welfare or long-term care funded by the government.

The new regulation lowers the bar to be considered a “public charge” by redefining it as an immigrant who receives certain types of public benefits for more than 12 months in a three-year period. If an immigrant receives two benefits in a single month, that would count as two months.

The public charge test applies to people entering the country or those trying to become lawful permanent residents, commonly known as green card holders. It does not apply to those who already have green cards and are seeking citizenship.

Noncitizens have long served in the U.S. military, often contributing specific needed skills such as sought-after foreign language fluency. Census data shows that about 100,000 noncitizen veterans live in the U.S., according to a ProPublica analysis of data provided by the University of Minnesota's
IPUMS, which collects and distributes census data. Most of them already have permanent status, Stock said.

It's not clear exactly how many veterans do not have green cards or have spouses who don't. Since 2008, about 10,000 people have joined the military through the MAVNI program, according to the Migration Policy Institute, a nonpartisan immigration research group. But the program is currently not accepting applications.

In practice, the public charge rule is more likely to affect veterans' families — such as spouses who are undocumented or on temporary visas — rather than veterans themselves. Under federal law, undocumented immigrants and temporary visa holders are generally not eligible for public benefits.

“A lot of veterans end up marrying women or men that don't have green cards; that happens very often,” said Hector Barajas, who leads an advocacy group called Deported Veterans Support House. “There is a population of people that will be affected.”

The White House began seeking agency comments on March 29, 2018. An official at the Office of Management and Budget emailed officials from 19 agencies, including the VA, attaching a draft of the regulation and asking for comments. The email was sent one day after the VA secretary at the time, David Shulkin,
was fired by Trump in a tweet. One week after the White House's email, a VA official in the secretary's office responded: “VA submits a 'No Comment' response.”

The White House again asked for agencies' comment in July and September 2018, and each time, a VA official sent the same response.

The White House's Sept. 4, 2018, email stated that the newest draft included “exemptions for service-members.” In an initial proposed version of the regulation released to the public later that month, DHS made clear that it decided on the exemption “following consultation with DOD.”

The emails obtained by ProPublica do not include military officials' communications with the White House or DHS. A Pentagon spokeswoman, Jessica Maxwell, said, “DOD was consulted in these conversations,” but she declined to provide further details.

But because the VA declined to provide such “consultation,” an exception for veterans wasn't considered in the initial proposed regulation in 2018.

Only after members of the public raised the issue during the regulation's comment period did DHS consider, and ultimately refuse, a veterans' exemption in the final regulation, which was released last week.

In its justification for the new policy, DHS said veterans aren't afforded the same exemption as active-duty service members because they have access to special VA benefits, which the new policy doesn't count against them. Furthermore, the department said, while active-duty service members often need to use benefits to supplement low military salaries, veterans are free to take higher-paying jobs.

But not every veteran receives veterans' benefits, and the benefits — which include health care for conditions related to military service, education stipends and home-buying assistance — are not a substitute for benefits that make up the broader social safety net like food stamps, Medicaid and housing vouchers. Critics of DHS' decision say many veteran families occasionally need to use public benefits or fall into poverty.

A VA spokesman declined to say if the agency has any concerns about the new policy's impact on veterans.

The emails obtained by ProPublica also show that as the White House scrambled to finish the regulation and release it to the public last year, it discouraged federal agencies from arguing against the major thrust of the policy.

“Please do not worry about non-substantive line edits,” a White House official, whose name is redacted, wrote in bolded type. “Please recognize, also, that the decision of whether to propose expanding the definition of public charge, broadly, has been made at a very high level and will not be changing.”