‘He Served America And He Got Murdered’: Blood And Military Families Seek Answers In Soldier’s Shooting Death

The blood family and military family of an Army National Guard soldier gunned down Saturday in Rock Hill, South Carolina,... 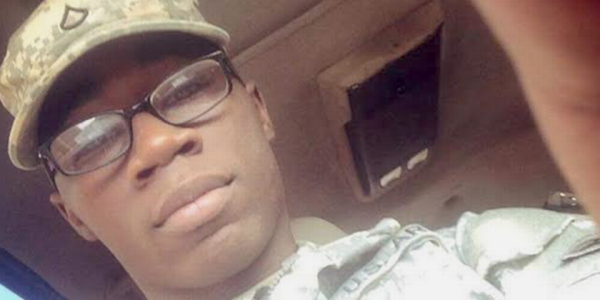 The blood family and military family of an Army National Guard soldier gunned down Saturday in Rock Hill, South Carolina, are seeking answers after the decorated veteran was killed at a birthday party.

Williams had been in the National Guard with a Columbia unit since enlisting after graduating from South Pointe High School in May 2013.

“He served America and got murdered,” said Williams' mother Meshawn Alexander. “Please, whoever killed my son, turn yourself in.”

Williams leaves a son, Ashton, 3, and a daughter, Journey, 1.

“It has deeply affected all of us,” said Army Capt. Lawrence Brooker, shop foreman at the Columbia base where Williams worked. “Spc. Williams was quiet and very hardworking. His progression was obvious, and we saw him having a great future with us.”

Williams' death while at home for the Easter holiday weekend stunned his military community.

“Spc. Williams was an outstanding soldier, who realized he had great potential in the South Carolina National Guard, and was working hard to provide a better future for his two children,” said Sgt. 1st Class Massiah Whitmore, Williams' supervisor in the 230th Brigade Support Battalion. “It is a tremendous loss to our organization.”

After learning of Williams’ death, leadership in his Army National Guard unit nominated him for the Army Commendation Medal. That request was granted and Williams’ family will be presented that medal, King said.

The medal is earned for distinctive and outstanding military service and honors achievement and accomplishment in serving South Carolina and the nation, King said.

Williams will be buried with full military honors Saturday. Williams funeral is set for Saturday at 2 p.m. at Gethsemane Church in Rock Hill.

“Eric didn't have to say how he felt about serving his country, he showed it with his actions,” Thomas said. “He was meant to be in the service.”

Williams' mother and grandfather, Melvin Davis, said the family was “very proud” of him.

“He walked tall and was a serious man who did his job and took care of his family,” his mother said. “My son was loved at home, and he was loved in the military. My son did not deserve to die. He had a future.”

Williams is Alexander's second child to be be killed. Her oldest son, who was 17 when he died in 2005, was killed when a man crashed a stolen car in Rock Hill, she said.

In Saturday's incident, Williams was a guest at the birthday party of one of his former high school friends, family members said. Williams often would counsel other people about making good life choices and being a leader in the community, family said.

“For my son to serve his country, and then die like that, it is crazy he lost his life like that,” his mother said. “He helped everyone he met. His mission in the service and in life was to make himself better every single day. He did that until somebody took his life.”

Detectives are interviewing people who were at the party, but have made no arrests, said Capt. Mark Bollinger, spokesman for the Rock Hill Police Department.

Williams' killing is the city's first homicide of 2018.