Military colleagues told jurors Everett Glenn Miller was the "epitome of a Marine" before he shot and killed two Kissimmee, Florida police officers in 2017 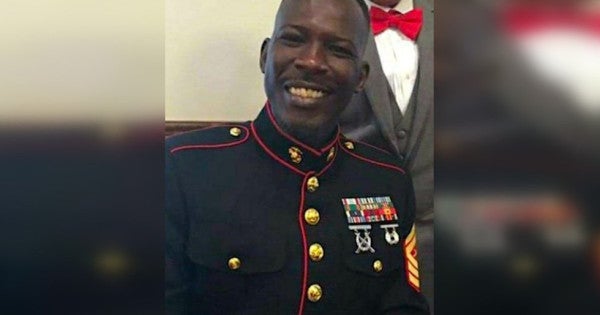 Military colleagues told jurors Everett Glenn Miller was the “epitome of a Marine” before he shot and killed two Kissimmee, Florida police officers in 2017.

“Miller was probably one of the finest Marines I've ever served with,” retired U.S. Navy Capt. Thomas Leech, Miller's commanding officer, testified Thursday. “He wore the uniform impeccably. He was on time to everything. He respected everyone. He treated everyone fairly.”

Three colleagues testified they were shocked when Miller made posts on social media months before the killings that railed against the government, police and white people — something they said was completely out of his character. Clarence France, a retired Marine Corps major and warrant officer, said he sent a message to Miller after seeing the posts.

“I said, 'Hey brother, what's going on? This isn't you,'” France said. “'But the posts continued. … I unfollowed him but I didn't stop worrying about him. I knew there was something wrong with him.”

The testimony about Miller's military career and his change in personality came as jurors weigh whether he should be sentenced to death or life in prison. Miller, 48, was found guilty in September of first-degree murder in killings of Sgt. Richard “Sam” Howard, 36, and Officer Matthew Baxter, 26.

All 12 jurors will have to recommend capital punishment for Miller to be sentenced to death row.

Miller joined the Marines in 1989 and was deployed to Iraq twice, according retired Navy Capt. Art Cody, a military expert testifying for the defense. In 1992, he was court-martialed and charged with waving a weapon at someone and disorderly conduct, but was only found guilty of the second charge, according to Cody.

Miller rose the ranks quickly for his leadership skills and became a master sergeant. He worked for Leech as a senior enlisted adviser in the joint intelligence center of U.S. Special Operations Command at MacDill Air Force Base near Tampa.

Leech told jurors he wrote reports in which he called Miller the “quintessential Marine,” recommended him for promotions and saw him mentoring junior officers.

“The way the troops respected him, I knew that was the kind of person I needed to work for me,” Leech said. “He advocated for his people every day.”

France, who was Leech's second-in-command, said Miller was an imagery analyst before retiring in 2010 and was always professional.

“He was the epitome of a Marine,” France said. “His troops … looked up to him. He was just a terrific Marine.”

After retiring, Miller worked as a private defense contractor targeting enemy combatants with drone strikes, witnesses said. He was sent to work in an Afghanistan base that was targeted by strikes and suicide bombers, and a colleague observed him having nightmares, psychologist Steven Gold testified Wednesday.

Miller's colleagues told jurors he was friendly and never prejudiced toward anybody, but during the summer of 2017, he make angry comments on social media about police brutality toward African Americans and talked about killing white people.

Miller's father, Rufus Miller, testified his son grew up a “happy little boy.” After Miller was involuntarily committed a month before the shooting for running outside in his boxers with a high-powered rifle, his father told jurors he visited his son at the hospital.

“He wasn't himself,” Rufus Miller said. “He was balled up in like a fetus position. He was crying.”

Miller's attorneys have argued the shooting wasn't premeditated, but prosecutors said he was motivated by his hatred of law enforcement.

Baxter was conducting a routine check on three people the night of Aug. 18, 2017 when a witness said Miller suddenly drove up and started arguing with him for “messing with his people.”

Baxter called Howard to the scene. After an argument, Miller ambushed the two cops, shooting each of them in the head and face, prosecutors said.

Miller was later arrested at a bar on Orange Blossom Trail.