The California man accused by federal prosecutors of attempting to provide support and resources to the terrorist group ISIS is... 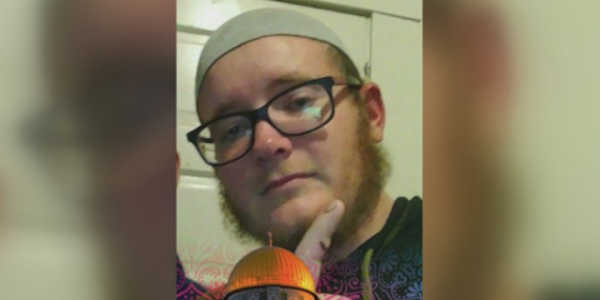 The California man accused by federal prosecutors of attempting to provide support and resources to the terrorist group ISIS is expected to serve 15 years in federal prison, after making a plea agreement with prosecutors Monday.

Wearing a red jailhouse jumpsuit tagged with “prisoner” on the back, Everitt Aaron Jameson was calm in U.S District Court in Fresno, pleading guilty before Judge Lawrence J. O'Neill. He was arrested in December for plotting to launch a Christmas Day attack on Pier 39 in San Francisco.

A federal indictment said the 26-year-old former Marine planned to use destructive devices to carry out a murderous rampage on the popular tourist spot. In addition to using pipe bombs, he planned to “funnel people into an area in order to shoot them,” according to the indictment.

Under the terms of the agreement, a lifetime of supervision will follow Jameson's time in prison. Sentencing is scheduled for 8:15 a.m. Sept. 4.

Monday's court hearing lasted less than 10 minutes, and Jameson stood shackled next to attorney Charles Lee from the Federal Defenders office. O'Neill asked Jameson if he understood the elements of the crime he was pleading guilty to, and in a soft voice he replied “yes sir.”

The felony charge Jameson pleaded guilty to states he intended not only to provide support to ISIS and plan the Pier 39 attack — he also offered to provide resources to the group. Prosecutors dismissed a felony charge against Jameson that alleged he distributed information relating to destructive devices.

In court papers, the FBI says Jameson caught the attention of law enforcement after an informant reported Jameson “liked” and “loved” pro-ISIS and pro-terrorism posts on Facebook.

According to the plea agreement, which details Jameson's months of planning, he begged to “join the cause” of ISIS while talking to an FBI informant he believed was an ISIS leader. Between Oct. 24 to Dec. 20, the court documents show, Jameson engaged in frequent communication with the FBI informant and had opened up about plans to attack Pier 39. He also showed indications of drawing inspiration from ISIS.

Jameson told an undercover FBI informant he had been trained in combat and was willing to provide any help requested to carry out the San Francisco attack, according to the court documents. Jameson also told the FBI informant that “I am a tow truck driver. So I can make these services available as well.”

Jameson's mother, aunts and grandmother were present in court Monday. His mother, Kelly Collins, 49, said she could not speak about the case until her son's sentencing in September.

Jameson is a 2009 graduate of Enochs High School in Modesto. He was working as a tow truck driver in the Modesto area when he was arrested. His father lives in Merced.