How An Ex-Green Beret Became An Intriguing NFL Prospect

A former green beret and combat veteran, Nate Boyer, went on to become the starting long snapper for the University … Continued 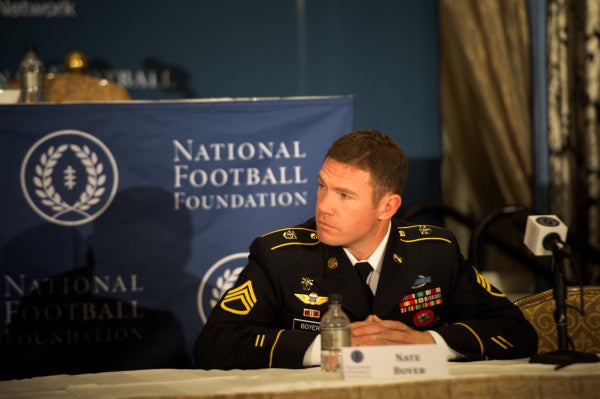 A former green beret and combat veteran, Nate Boyer, went on to become the starting long snapper for the University of Texas Football Team, one of the more dominant and storied programs in college football.

Boyer said his decision to enlist stemmed from a desire to help those without the same freedoms he enjoyed as an American.

In Boyer we see an individual whose personal drive, sense of duty, and courage led him from college to the Sudan in 2004, where he talked his way into a refugee camp in order to help. Then to the Army and the war in Afghanistan where he served in combat alongside American and Afghan soldiers alike. Now he is home and trying to make it to the NFL.