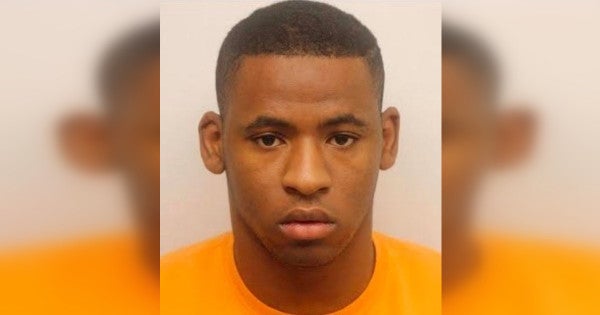 A former Marine on Thursday was sentenced to 25 years in prison without parole plus a lifetime probation for his convictions in the sexual assaults on a Savannah woman during Easter weekend in 2016.

The charges stemmed from an attack on the victim, 28, on March 26, 2016, after she was cleaning up from a yard sale at the New Vision Baptist Church on Louis Mills Boulevard.

Chatham County Assistant District Attorney Maggie Hinchey DeLeon presented evidence that the defendant attacked the woman behind a trash can at the church after he overpowered and sexually assaulted her before fleeing.

During the struggle, the victim pulled a small knife from her belt and stabbed her assailant, testimony showed.

Testimony showed that Alqaadir, then stationed at the Marine Air Base Beaufort, earlier stopped by the church site seeking directions to Hunter Army Airfield. He went to Hunter before returning and attacking the victim, evidence showed.

The defendant contended the sex was consensual — that he offered the victim $200 for sex and when he did not pay her, she got mad. He denied trying to rape the victim.

He has since been discharged from the Marine Corps under other than honorable conditions.