James Walter Morales, the former U.S. Army reservist who admitted last November to breaking into an army gun vault, breaking out of... 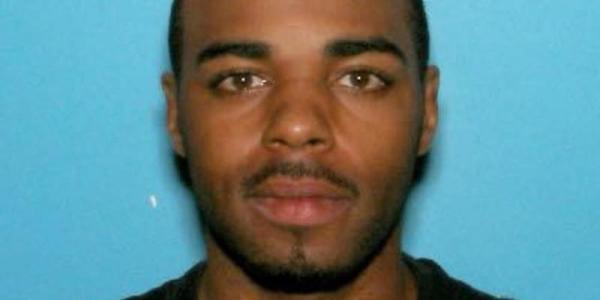 James Walter Morales, the former U.S. Army reservist who admitted last November to breaking into an army gun vault, breaking out of prison and trying to rob multiple banks, was sentenced Monday to 11½ years in federal prison.

Morales told a federal judge that mental struggles influenced his actions, while his attorney said his escape from prison was out of fear for his family’s safety.

“A broken man – is that who you wish to return to society after (15) years?” Morales asked U.S. District Court Judge Timothy S. Hillman during a lengthy statement that touched upon the evolution of law and the human brain since ancient times.

“I killed no one. I hurt no one. I threatened no one,” said Morales, whose lawyer argued that he needed psychiatric care more than a lengthy prison sentence.

“I can sum it all up in four letters: H-E-L-P,” Edward P. Ryan said after Judge Hillman, at the more than 20-minute mark, asked Morales to conclude his remarks.

Ryan said his client’s statement “may well be the product” of solitary confinement. He’s been alone and shackled hand and foot 23 hours a day, his laywer said, since his short-lived escape on New Year’s Eve in 2016.

Ryan, saying he isn’t confident Morales will receive the psychiatric treatment he needs in prison, asked Judge Hillman to impose a sentence of 7½ years.

Mark J. Grady, an assistant U.S. attorney, requested 15 years. He noted Morales’ more restrictive confinement followed his decision to escape, and argued that the underlying crime is the type that could lead to senseless loss of life.

Morales – who during the theft wore a GPS tracking bracelet he’d been issued after posting bail on child rape charges – was arrested four days after the burglary, on Long Island, New York.

Grady said the six M-4 rifles were more deadly than comparable civilian weapons used to slaughter innocent civilians in recent mass shootings, including at the Pulse nightclub in Orlando, at Sandy Hook Elementary in Connecticut and at a high school in Parkland, Florida.

“Those weapons didn’t have capacity to fire as a machine gun in three-round bursts (like the M-4),” Grady said as Morales looked downward. “This is what the defendant attempted to put onto the market.”

Grady noted that although all the M-4s were recovered – including one found by a can collector in a trash bag in New York City – there are still five pistols unaccounted for. He further noted that one of the pistols was recovered after an armed robbery in Boston in 2016.

Grady said every time there is a murder in the area, “a small part of me wonders” whether he will get a call from the FBI telling him it was with a U.S. Army pistol. He also said Morales has violent crimes on his record, including a 90-day jail sentence in 2004 after he allegedly threatened to kill an ex-girlfriend and a conviction in 2013 after punching the mother of his child when she was eight months pregnant.

Grady further noted that at the time of the armory thefts, Morales was wearing a GPS monitor assigned to him after he was bailed on a charge of child rape.

Ryan said Morales contests the child rape allegation vigorously and argues there is “substantial evidence” in his favor. The case, which is being prosecuted in Middlesex County, has yet to go to trial.

Ryan said Grady’s comments about mass shootings amounted to welcome argument for gun control, but that such concerns shouldn’t be laid at his client’s feet. He said he believed the guns in the shootings Grady referenced were obtained legally.

Ryan said his client’s mental health – discussed in a psychiatrist’s report filed out of public view – was a factor in the case. He also said his client only escaped the Donald W. Wyatt Detention Facility in Rhode Island after he became concerned for his family’s well-being after his cooperation in the case “became known.”

Two people accused of helping Morales sell weapons have been sentenced to prison – Tyrone James for 57 months and Ashley Bigsbee for 21 months – after pleading guilty to associated charges. Grady acknowledged Monday that Morales was cooperative after his arrest and helped authorities recover some of the weapons.

In a statement that neared a half hour before Judge Hillman intervened, Morales argued for leniency. Standing in orange prison garb and reading from a stack of handwritten pages, Morales railed against prosecutors he said care more about promoting their careers than serving justice.

Morales said the system focuses too much on punishment and not enough on rehabilitation. The hundreds of thousands that will be spent incarcerating him, he said, would be better spent on education or helping veterans.

Morales, 37, said a lengthy prison sentence would mean his three children would grow up in poverty and be less likely to be steered away from crime. He noted that many people in jail have parents who went to jail.

Morales, who used lofty and didactic speech often in his remarks, talked at length about the rational and emotional parts of the brain.

“In a very real sense, we have two minds: one that thinks, and one that feels,” Morales said, adding he believes an “emotional meltdown” contributed to his actions.

Morales said the public needs to understand that post-traumatic stress disorder isn’t confined to soldiers. He said he believes he could work with psychologists to perhaps prevent things like mass shootings.

Morales, pressed to conclude, did so by thanking a state trooper he said arrested him without force after his attempted bank robberies. He asked for a moment of silence for veterans and police officers.

Judge Hillman paused briefly before handing down his sentence of 11½ years. Morales will also be placed on three years of supervised release and be required to pay restitution in an amount to be determined later.

The sentence, which comes more than a year after Morales’ guilty plea, covers the gun thefts, the escape, and two attempted bank holdups.

Morales, on Dec. 31, 2016, climbed a basketball hoop and scaled a 30-foot fence topped with barbed wire, authorities said. He was recaptured in Somerville five days later after attempting to rob two banks.

Morales, authorities said, did not wear a mask during either attempt, and told the second teller to have a nice day after she refused to give him cash.

Ryan said Morales suffered a “horrendous” childhood that exposed him to drug dealing and other illegal elements at a young age. Despite having an absentee father, Ryan said, he managed to get an education and joined the military at age 28, receiving an honorable discharge in 2013.

“God knows what he was looking to do,” Ryan said when discussing the armory thefts, pointing out the inherent rashness of breaking into a federal facility while wearing a tracking device.

“None of these crimes were really well conceived,” Ryan said.