Ex-sailor sentenced for lying about husband’s US citizenship to steal almost $140,000 in benefits 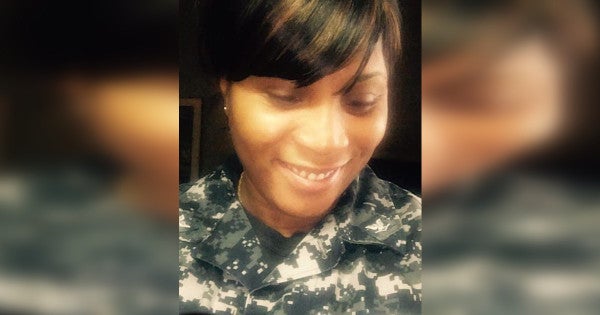 Camesha Walters was a petty officer 3rd class living in Norfolk. Her husband was a foreign national living in Bangladesh.

But to boost her take home pay, Walters told the Navy in 2015 her husband was a U.S. citizen living in Brooklyn, N.Y. She said she needed larger housing and cost of living allowances to support him.

Walters, 37, was sentenced Friday to five months in jail on charges she stole almost $140,000 from the federal government.

Following her release, she will be on house arrest for six months. She also must perform 200 hours of community service and pay full restitution.

“When a service member lies in order to inflate their benefits, that member offends a system built on trust, and insults those colleagues who approach the system honestly,” Special Assistant U.S. Attorney David Layne said in court documents, arguing for a sentence of 10 months in jail in the hopes of deterring others from engaging in such frauds.

The charges against Waters, who enlisted in 2013, stem from May 2015 through February 2018 — when she was assigned to the Theodore Roosevelt and George Washington aircraft carriers.

According to court documents, Walters traveled to Bangladesh to marry Amrito Gomes in February 2015.

Later, Walters informed the military of her marriage and identified her husband as a U.S. citizen living in New York.

In various documents filed with the military, Walters asked to transition her Navy Basic Allowance for Housing from her mother's address in Norfolk to her husband's address in Brooklyn. She also requested an increased cost of living allowance.

The housing and cost of living allowances are pay supplements designed to offset the cost to service members or their dependents who live in more expensive parts of the country.

To receive the housing allowance, Walters signed multiple documents regarding her husband's Brooklyn address. And to prove her claims, she also provided a signed lease and a notarized letter supposedly from a property owner suggesting the apartment's utilities were contained in the rent.

Layne said Walters was not entitled to the inflated allowances because her husband never lived in Brooklyn. He's never even visited the United States, he said.

“The military is somewhat unique in the broad benefits it affords its employees. The military also relies on its members to honestly convey their living and family situations in order to properly allocate those benefits and finite resources,” Layne said.

To the surprise of U.S. District Judge Arenda L. Wright Allen, Walters received an honorable discharge from the Navy earlier this year despite knowing of her fraud.

Assistant Federal Public Defender Lindsay McCaslin asked the court for leniency, arguing her client was a Jamaican immigrant who had worked hard over the years to become a U.S. citizen and better herself.

While prosecutors questioned the legitimacy of Walter's marriage to Gomes, McCaslin said her client has no plans to divorce him. She said they love each other, even though Gomes isn't sure exactly what Walters gets from the unorthodox marriage.

“Sadly, good people can do bad things,” McCaslin said, arguing for a sentence of probation or house arrest.