A former professional cage fighter and Marine Corps sniper – who was jailed for killing an unarmed man during a... 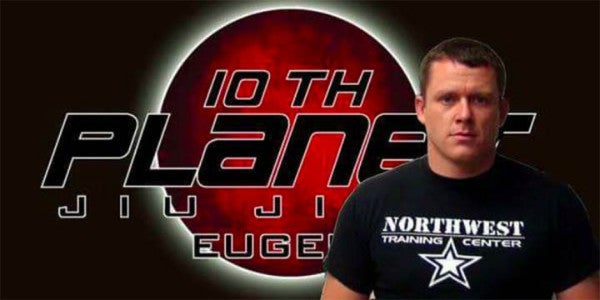 A former professional cage fighter and Marine Corps sniper – who was jailed for killing an unarmed man during a road rage incident in 2014 — is now accused of sexually abusing a girl he coached at a martial arts studio in Eugene, police said.

Gerald Roy Strebendt, 39, was booked Wednesday into the Lane County Jail on a second-degree sex abuse charge, records show. Eugene police said they believe the martial arts coach, who worked at 10th Planet Jiu Jitsu, may have abused other underage girls as well.

Strebendt, who held the nickname “The Finishing Machine” during his years as a UFC fighter, used a .223-caliber semiautomatic rifle to fatally shoot David Crofut in January 2014.

The deadly confrontation unfolded after Crofut's SUV collided with Strebendt's pickup truck on the Bob Straub Parkway in Springfield. Crofut was intoxicated at the time but unarmed.

Following the collision, Strebendt called 911 and was on the phone with an emergency dispatcher when he whipped out his rifle and pulled the trigger. He claimed the killing was an act of self-defense, but he was charged with murder.

Lane County prosecutors later dropped the murder charge and allowed Strebendt to enter a guilty plea of criminally negligent homicide. He was sentenced to four years and 10 months in prison but was released last year.

Strebendt fought as a professional mixed-martial artist between 2001 and 2008, boasting nine wins and seven losses.

After his release, Strebendt landed a job as a security consultant for a marijuana growing operation run by Arnold in Creswell, the Eugene Register-Guard reported.