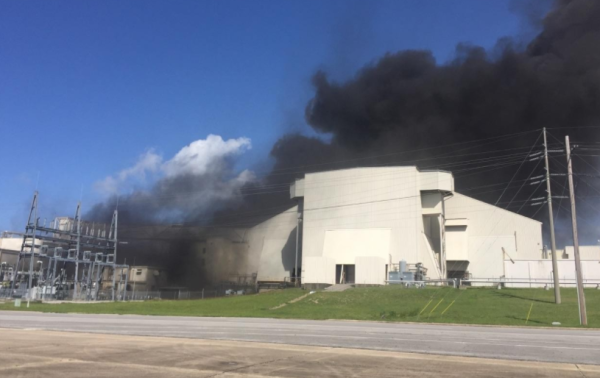 Officials at Eglin Air Force Base, Florida, are warning airmen and nearby residents to avoid a perimeter around McKinley Climatic Lab after an unexplained explosion occurred at the on-base facility on July 5.

“A little before 10 a.m., an explosion occurred at McKinley Climatic Lab,” Eglin officials said in a Facebook post.

No injuries have been reported.

First responders established a 1,000-ft perimeter, and surrounding areas were evacuated, the post said. Officials said to avoid contact with smoke from the blast, even as it continues to dissipate.

Methyl chloride can be used as a cooling mechanism; its use has been curtailed, however, because of toxic effects and flammability.

Officials are asking anyone stationed between Eglin Boulevard and Van Matre Avenue — roughly a three-mile stretch — to temporarily shelter in place and turn off their heating, ventilation and air conditioning systems to avoid circulating smoke in their homes.

Eglin spokeswoman Ilka Cole told Military.com there is no explanation for what caused the explosion at this time. She could not say whether anyone was in the building at the time of the explosion, but said “people normally work in that building.”

“We will provide updates as we receive them. The cause is currently under investigation,” Cole said.

The McKinley Lab is responsible for high-range weather testing of military and commercial aircraft, munitions and weapons.

Cole could not say how much damage the explosion has caused, or if the blast aftermath will shut down the facility until the investigation is complete.