After watching an F-22 Raptor twist and turn last week during an impressive demonstration at Langley Air Force Base in... 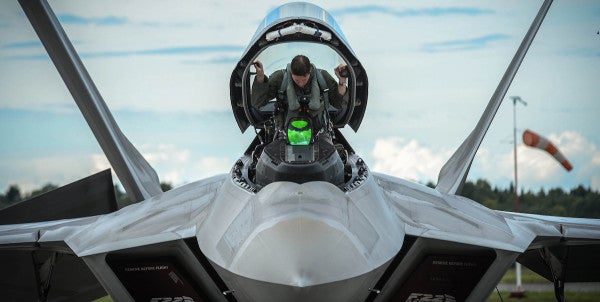 After watching an F-22 Raptor twist and turn last week during an impressive demonstration at Langley Air Force Base in Virginia, we asked the 1st Fighter Wing's commander if he's worried about Russia's new Su-57 stealth fighter.

“It's always good to be chased,” Colonel Jason Hinds, commander of the 1st Fighter Wing, told Business Insider. “When people are trying to beat you, you know you got an impressive airplane.”

Russia has touted its new Su-57, which is still undergoing testing and has yet to be mass produced, as superior to the US' F-22 Raptor. While many have called into question its stealth capabilities, Moscow claims the Su-57 is a fifth-generation fighter and that it hopes to turn it into a sixth-generation fighter.

“I don't know what they're trying to call it,” Hinds said. “I can tell you that anytime you're going into combat, you got to be concerned about whatever the adversary brings, whether it's a fourth-gen airplane or a fifth-gen plane — you got to be ready for both.”

Hinds said what's most important for the “entire operational killchain” is their own training, as well as the maintenance of the plane and its weapons.

While analysts have criticized some of the Su-57's capabilities, many have also maintained that the Su-57 is highly maneuverable — perhaps even more so than the F-22.