The manufacturer of the U.S.'s F-35 fifth-generation fighter will pause its production line in Japan for a week due to coronavirus concerns, a defense official said 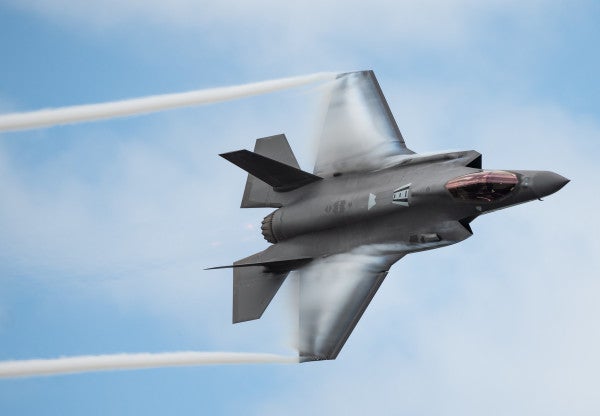 The manufacturer of the U.S.'s F-35 fifth-generation fighter will pause its production line in Japan for a week due to coronavirus concerns, a defense official said.

Lockheed Martin will pause the production of the signature F-35 aircraft at the Mitsubishi Heavy Industries factory in Japan, which is not expected to affect deliveries, said Ellen Lord, the U.S. undersecretary of defense for acquisition and sustainment, according to multiple news outlets.

Japan has seen an outbreak of the new coronavirus. Over 1,000 people tested positive for the infection, and 12 people, half of who were on the Diamond Princess cruise, have died.

In addition to that guidance in Japan, Lockheed employees at an F-35 plant in Italy were instructed to work from home. Italy has also seen a coronavirus outbreak with more than 2,500 cases and 79 deaths, prompting the country to consider closing its schools, according to Reuters.

F-35 aircraft, variants of which are used by the Air Force, Navy, and Marine Corps, are assembled using a global distribution network.

“Combating the coronavirus remains a top priority for the department, and Secretary Esper meets weekly with senior leaders to discuss how we're taking are of our men and women in uniform around the world,” Defense Department spokesperson Lt. Col. Mike Andrews told Defense News.

“The department remains fully engaged with the defense industrial base on all programs, including the F-35, and stands ready to respond when needed,” Andrews said.

U.S. military officials have issued new directives designed to combat the spread of the new coronavirus. The Navy began imposing a 14-day quarantine between port visits for its fleets in Europe and Asia out of “an abundance of caution.”

At least one U.S. soldier has tested positive. The 23-year-old male soldier is in self-quarantine at an off-base residence in South Korea, according to U.S. Forces Korea, the command responsible for U.S. operations in the country.

U.S. Army recruits will also be screened for the disease upon arrival at basic training locations throughout the United States.