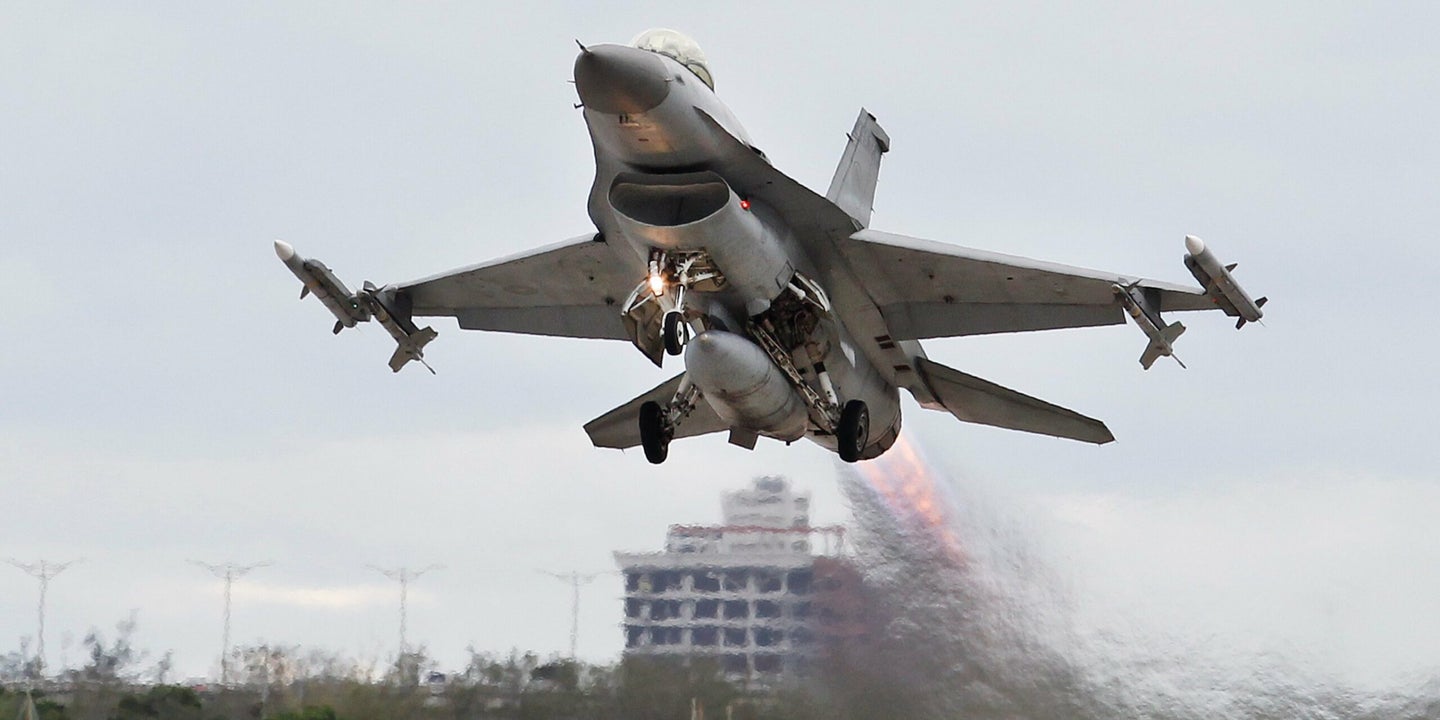 A Belgian F-16 fighter pilot was stuck dangling from a live electricity line outside a rural French town after the jet crashed and they ejected from the plane.

The Belgian Air Force jet crashed into a house in Pluvigner, Brittany, at around 10:30 a.m. on Thursday morning, The Associated Press and Le Parisien report.

“The pilots left the plane using their ejectable seats,” the Belgian Air Force confirmed on Twitter.

Photos posted to social media show what appears to be a pilot hanging from a high-tension electricity line.

Breaking: A Belgian F-16 fighter jet has crashed in #Pluvigner in western France .
One of the pilots is caught on a high-voltage electricity line and rescue efforts are underway. pic.twitter.com/3HKrfxSsXU

A National Police spokeswoman told the AP no injuries were reported among residents in the area.

The owner of the house damaged in the crash told Ouest-France: “We were in the garden. We heard a great boom and a sound of tearing metal. Moments later, a second explosion and another tearing of scrap metal.”

The F-16 was travelling from an air base in Florennes, near Namur, to the French naval air base at Lann-Bihoué, Morbihan, and was not armed, local officials told French media.

This is a developing news story, check back for updates.