A Florida company is selling a working F-16 fighter for $8.5 million 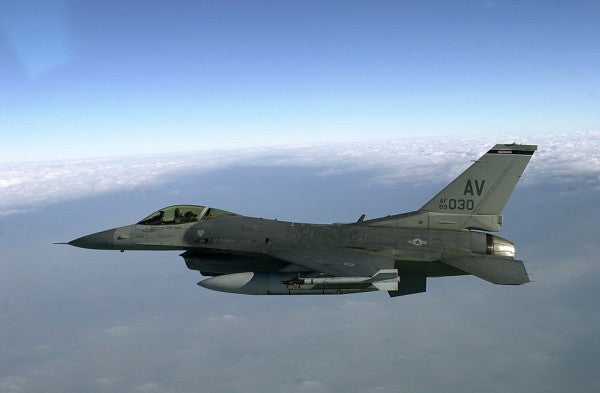 For a cool $8.5 million, you could be the proud owner of a “fully functioning” F-16 A/B Fighting Falcon fighter jet that a South Florida company acquired from Jordan.

The combat aircraft, which can hit a top speed of 1,357 mph at 40,000 feet, isn't showroom new — it was built in 1980. But it still has a max range of 2,400 miles and an initial climb rate of 62,000 feet per minute and remains militarized, according to The Drive, an automotive website that also covers defense topics, WBDO News 96.5 reported Wednesday.

The F-16 Fighting Falcon is for sale through JetLease Palm Beach, a private aircraft leasing and purchasing company, which isn't new to the combat jet business. The Drive notes that JetLease Palm Beach acquired dozens of secondhand F-16s from NATO allies Belgium and the Netherlands between 2008 and 2017.

According to Fox News, this listed F-16 may date to the Jimmy Carter administration, but it's been “enhanced with modern upgrades,” such as night-vision compatible helmets and GPS-controlled weapons. The 1980 warplane bird has also been upgraded so it can fly at least 8,000 hours and has logged 6,000 hours, The Drive said.

So, can you use this baby to zoom over South Florida's construction clogged roadways and get through traffic jams on Florida's Turnpike, the Airport Expressway and I-95 in seconds? Or put the fear of America's military might in the powers-that-be that schedule road work before finishing established projects?

“The used F-16 is marketed to contractor air service providers that provide adversary support and test and development services to the Pentagon, allied governments, and other defense contractors,” The Drive said.

Whoever snags this deal has to comply with International Traffic in Arms Regulations rules about buying and using a weapon system like this F-16.

There have been sales of F-16s to regular, albeit wealthy, people. But they are demilitarized unlike this version.

This means you probably can't add it as a supplement to your Tesla Model X with its Ludicrous+ 0 to 60 in 2.5 seconds speed setting to get around town fast by air and land.

Correction: A previous version of this story misidentified the Fighting Falcon.